How to Use Reason's Drum Sequencer 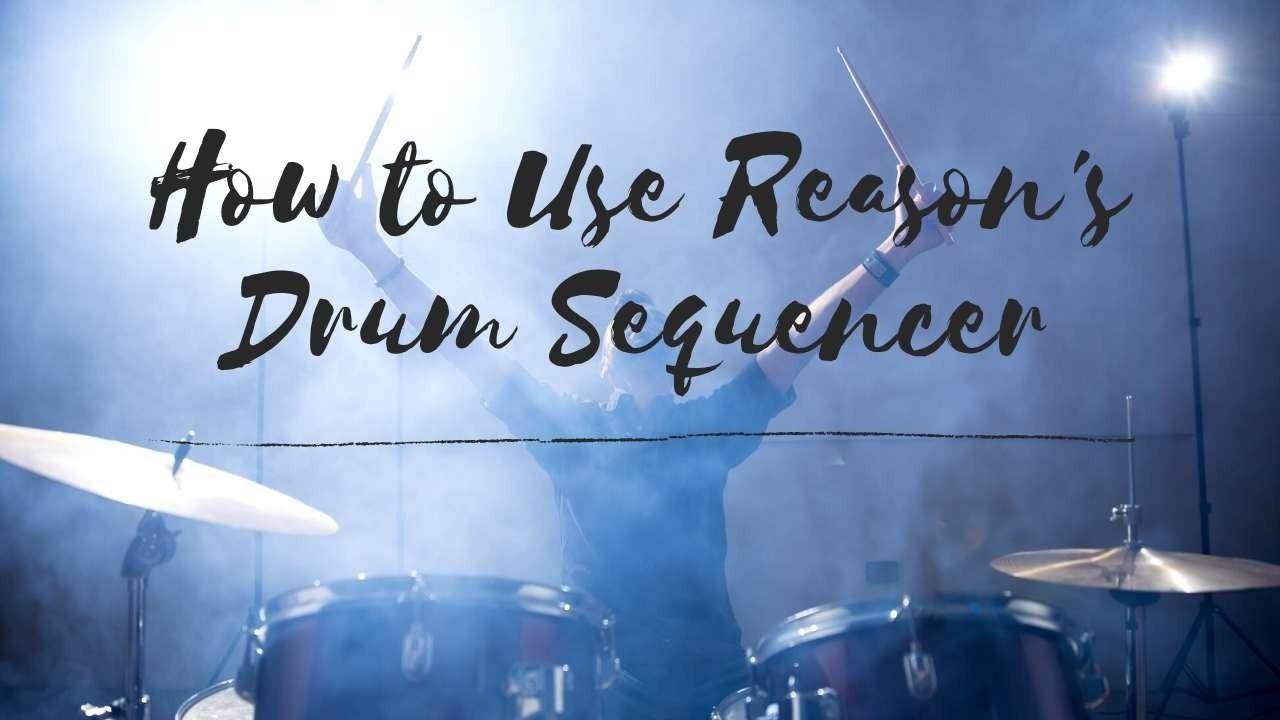 This here is just going to be an overview of Reason 10 Drum Sequencer features and I’m also going to make a video on some of its more advanced abilities. ​

As an overview of the drum sequencer, let’s talk about a few things. So it’s a drum player. Great. We’ll start from scratch and we’ll look at everything in it. So you have eight channels here which are mapped to the notes. Which is crucial, because this will allow you to use it with any device in reason or you can use this with any type of device for example you could use it with Battery by Native Instruments which is a third party vs Team. Basically you can use it with any instrument, but a drum sequencer works best with drums I think.

Now if you click on the numbers along the left it will trigger the sound. Then you can go to the next column here and type in the name.  This will help you keep track of things. The next column over just determines which note is associated with it. So I you played a note on your physical keyboard that’s the note that will be triggered.

But you can could also assign it to any note, so you can use it with different drum machines. ​

Back to the sequencer. So the next row allows you to load a pattern and actually there’s a bunch of initiated patches here or path’s shows that we can drop in.

One of the main features of the drum sequencer is a multi-function drop down menu along the top.

This is where you can choose to sort through presets that come with it and you can also just individually so these are like the different kit presets here.

The other options here are copy and paste so you could hit copy on the kick sequence here on pattern 1 and then go to pattern 2 and paste it in there where you can copy there.

And then you could add some variation to it.

You also have shift which basically just lets you move over the hits one way or the other.

Then there’s randomize, which will do exactly that. You can do it on specific patterns can get some interesting sounds that way.

You can also just alter things. This takes what you have and just modifies it by a set percentage (I’m not sure what percentage). But with this feature, it’s mostly the same pattern. It’s great way to quickly come up with patterns and if you want to clear out just one instrument and boom where you want to clear them all out there you go.

Moving down to the main interface, you get to the actual sequencer. There, your highlighted channel is the orange and then you go to a next channel and then when you are every other channel becomes green.

So then moving along you’ve got this number on the far right which is 16 by default. It controls the number of beats for each channel. So you could quickly do poly rhythms by dragging one to the left so that there’s only 12 bars for the Snare but 16 beats for everything else.​

And the display communicates this really well. You’ll notice a sort of muted grey block signaling the beat you’re playing and you can see how one resets every 12 beats whereas the other ones keep on going for 16.

The Far Right of the Drum Sequencer Interface

Finally, at the far end you have a few more options built around speed and direction. So we could have the like that high or this airplane even in double time if it wasn’t fast enough where everything else played at regular time and again just pay attention to the great ball. Or you could have a play half time or quarter time.

And also you can have the direction different so including random. If you select the random feature on the drum sequencer, you’ll see it just sort of playing half time and randomly selecting the notes.

Then there is menu that lets you slide channels along and allows each channel to be slightly offset. Also here’s a cool thing the image actually changes from a forward arrow when you go forward, to backwards as a backwards arrow, or a pendulum with a double sided arrow, and finally random is kind of like a dice. ​

At the top, you also have the ability to do anywhere between 50 percent and or a global shuffle. Global shuffle allows you to turn shuffle off which should allow you to use the project’s shuffle.​

The Bottom of the Sequencer Interface

At the bottom  you’ve got velocity and what you can do is you can adjust all the velocities (at the left by a fixed amount). Or you can individually adjust velocities on notes or turn off notes completely or draw notes by drive and velocity.

And this is really really helpful especially for high hats and stuff to get a an authentic feeling .

The repeats function allows you to make certain notes play for example twice. So you can quickly do a double triple quintuple flans pa-ta fla fla sound. ​

My only real gripe with this is like it would be great if you could individually adjust the volumes or velocities of these repeated notes. Tho from an interface standpoint I understand it would be kind of difficult to implement. You can always bounce to track and then adjust. ​

So then you’ve got the probability box. You get to set probability a note will be triggered from 100% to 1%. That’s can quickly get you very interesting sort of sounds because it’s going to vary every single time the patter plays. This means your patterns will never be exactly the same.

And that’s I think the graphic way that they display things is really helpful both the intensity of the color the box I think it’s really well implemented.

The Reason Drum Sequencer: Pattern Selection and Other Features

At the top of the drum sequencer, you can select between up to eight different patterns and you can right click to automate the pattern selection.​

Also I will just flip it around real quick. You can also use the gate outs if you want to control some other things will get into that. In the advance tips for how to use the drum sequencer.

I'll show you how to license your first song in just five days in the free mini course. In it you'll learn: the best library for beginners, how write licensable songs, and how to make sure your songs get found!