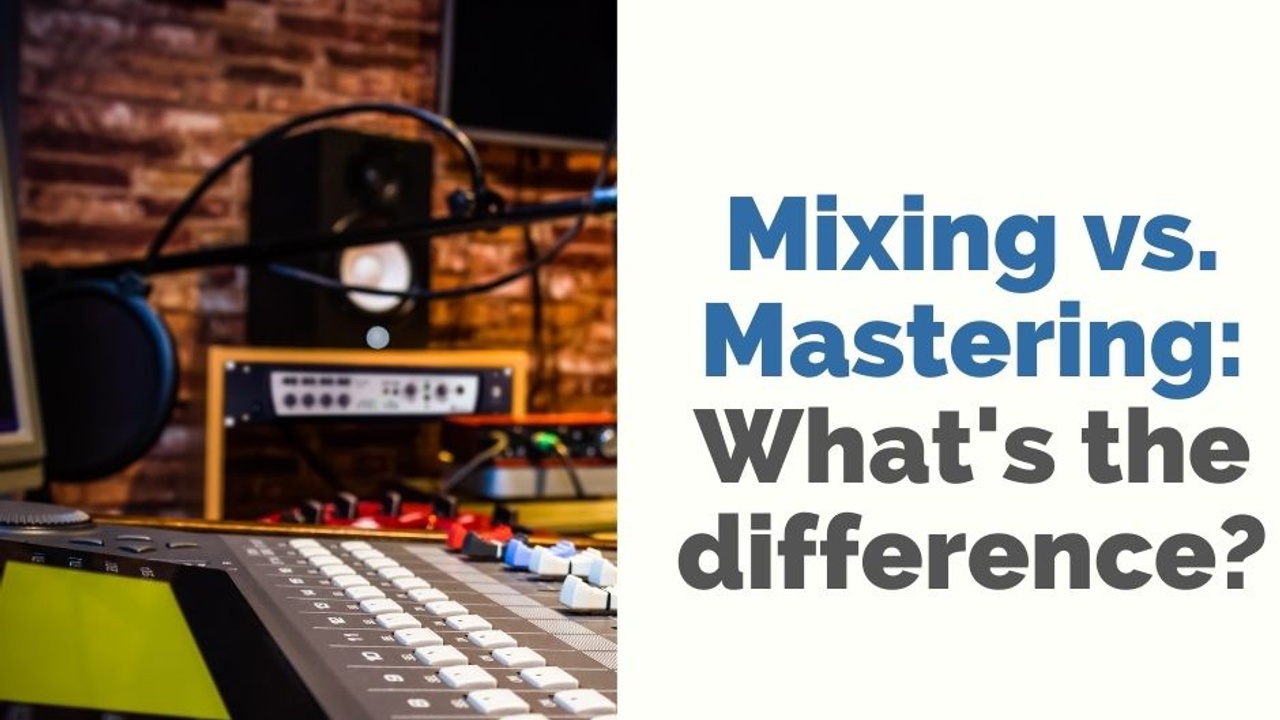 There is a huge difference with audio mixing vs. mastering. In this video I'll answer the question: what is mastering, show you a little bit of how to master a song, and a big mistake that I often see beginning producers make. You'll also learn what mixing is, and when all is said and done, mixing and mastering will be explained!

If You're Looking to Learn More About Mastering....

What is Audio Mixing?

Audio mixing also requires a keen ear for quality control. Sometimes it means selecting the best takes. Other times it could mean tuning the vocals or adjusting the timing of a drum hit. It even involves vocal recording tricks like editing out breaths!

While mixing, you'll be doing a lot to craft the overall vibe of the song. Not only will you pan instruments to the left and right, you'll chose how close they appear to the listener using reverb. You'll remove the rough edges of the recordings with tools like EQ and compression. You'll add grit and aggression with parallel compression and saturation. Or maybe you'll add some chill vibes with delay or chorus.

What is Audio Mastering?

In mastering, you start with the finished mix. This means you can't directly make the vocals louder, or the guitar quieter. Nor can you do anything else to tweak individual instruments.

Mastering music involves subtle changes to the overall sound to remove some harshness, bring out more complex undertones, and to make the finish recording as good as possible in its final form.

Mastering involves special plugins like clippers, brick wall limiters, and buss compressors to take your sound to the next level. Here is my review of the best mastering plugins. Then learn how to put together a mastering signal chain.

There are also plenty of quality control aspects to mastering. You're looking to see that there isn't too much empty space before or after the track. You want all tracks on the album to be the same volume and have the same general tone. You may also need to create different masters of the song based on the requirements of different streaming platforms or playback media.

And you want to make sure the tracks to have the proper names.

The difference between mastering and mixing is that when you master, you're no longer working with all the individual song elements. Instead, you're applying precise polishing to the overall results from the mastering stage.

It's important to make sure that your mix is finished before you start mastering. Otherwise you won't be able to easily fix any problems in your production through the mastering process.

As I see it, mixing involves taking the recordings from 75% to 95%. And Mastering takes the recording that next little level. Which is hugely important! But it's not what makes a recording fundamentally great. 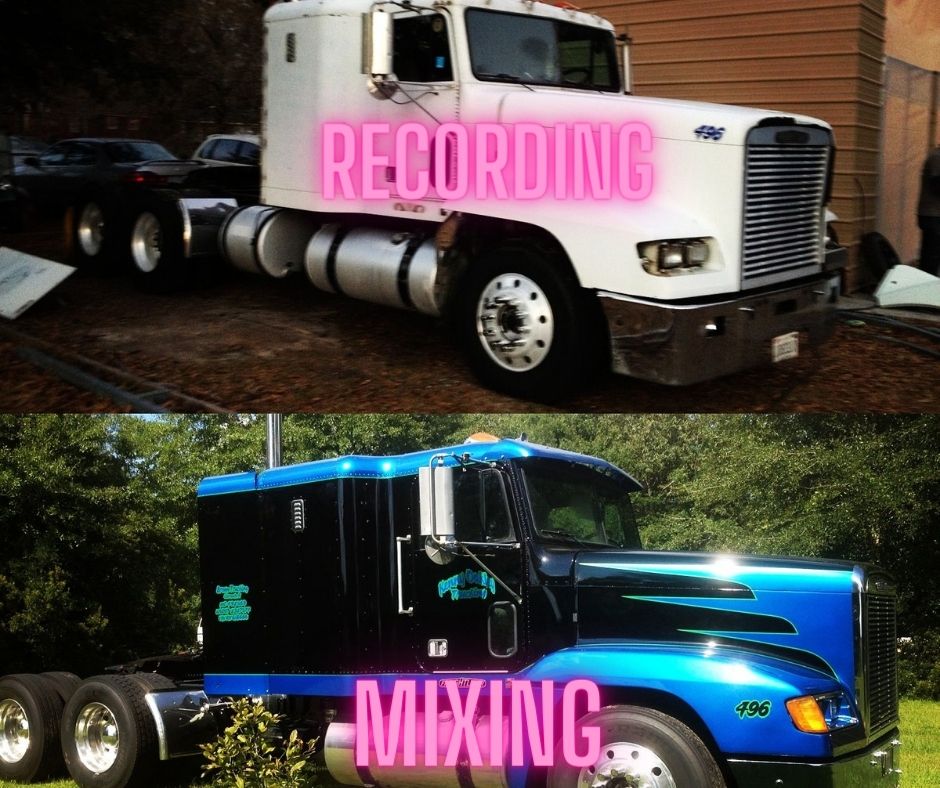 An analogy I like to give is that mixing is like giving a car a custom paint job. The fundamental functions of a good car were there all along. But no one wants to drive an unpainted car. And they'd rather drive a tricked out car even more!

In contrast, with mastering, it's more like getting a car really well detailed. Does a car look 100 times better after a wash, a wax, and some armor all? Hell yes! But will a detailing turn a beater into a collector's classic? No! 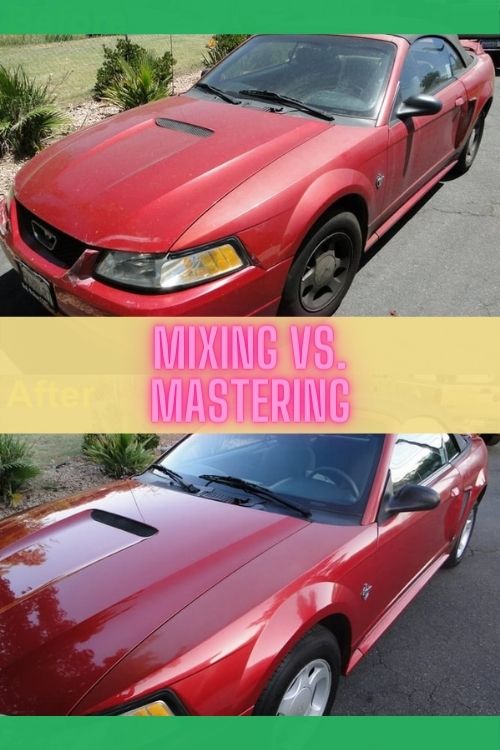 If you've got any questions about the difference between mixing and mastering, just leave a comment below!