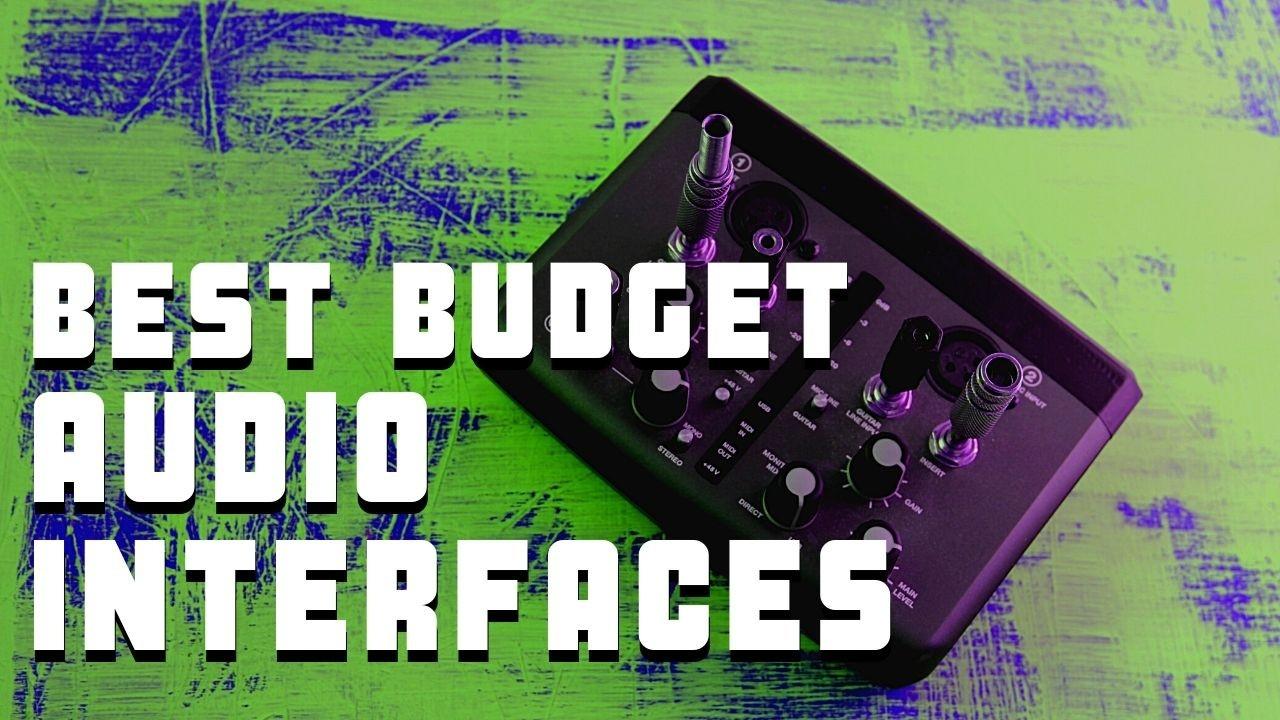 The Audio Interface is a key feature in any professional or home recording studio. In fact, for many artists and sound engineers, the audio interface is singlehandedly the most important piece of hardware for recording because it provides the direct instrument inputs to a PC which will be used for editing and master recordings.

There are many factors that shape a great audio interface unit. And they come in all shapes and sizes. The purpose of this article is to untangle the complexities of this piece of equipment and give you a clearer picture of the best audio interfaces on the market right now so you can buy the perfect audio interface for you.

If You're Curious (or just in a hurry):

This is the Best Budget Audio Interface

Key Features to look for when selecting a Budget Audio Interface 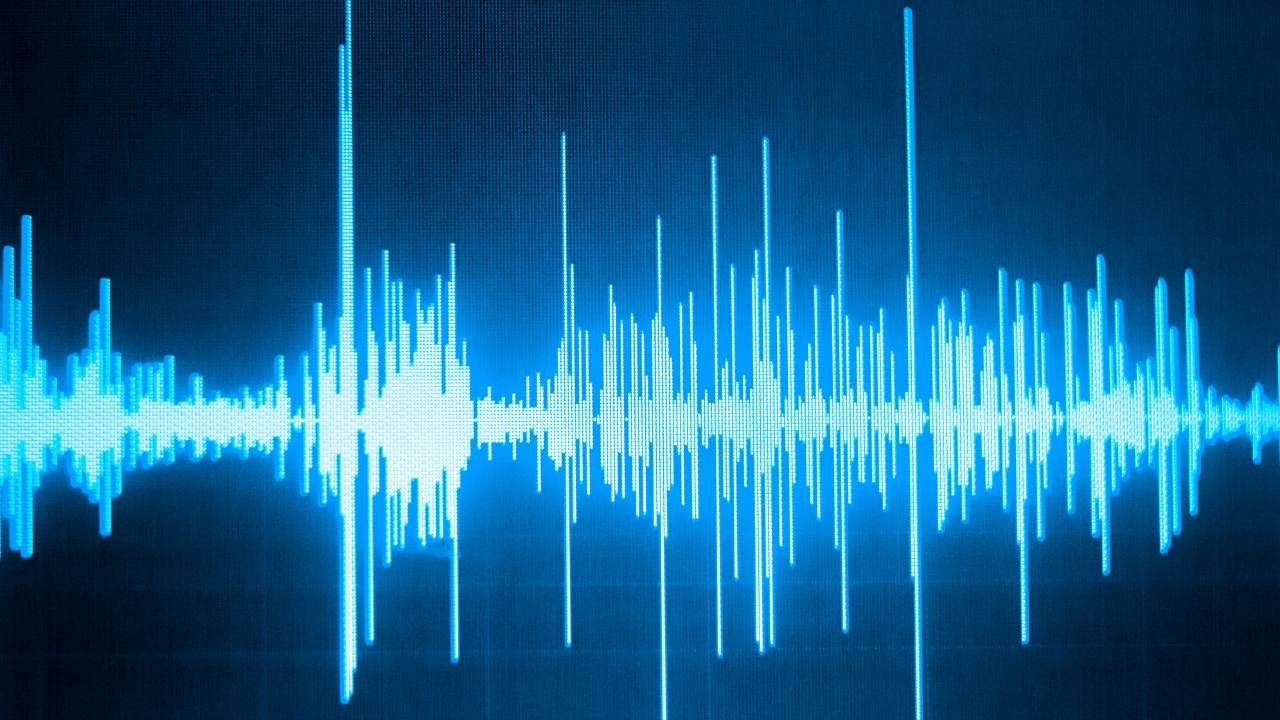 When choosing which audio interface is best for you, there are many factors you have to take into consideration. These features will affect the price of the audio interface, what you can do with it, and how much it will grow with you.

The first thing is the number of inputs. This will determine how many instruments you can record at once. If there are only one or two inputs, for example, it may be time consuming to record a multi-track song.So while you could record a guitar and vocals simultaneously with a two inputs. You really couldn't record a full band. This may be fine if you’re recording something like a podcast, but if you record complex songs of any kind, it may be a good idea to get an audio interface with many inputs. If you are planning to record a typical rock band, I'd recommend an interface with at least 8 inputs.

Second, you want to look for the type of inputs the interface has. The type of input affects what type of cables you can plug into your interface. You need an xlr input to record most microphones, whereas ¼” input is required for most instruments. If you're using high quality condenser mics, you'll also need to have phantom power.

The nature of your recordings will determine which types of inputs you need.Basically the signal coming out of a guitar is really weak (that's why people use guitar amplifiers), but if you want to directly plug your guitar in, you'll need to boost the signal first. So, if you plan to record a guitar or bass input, I recommend going with an audio interface with a “Hi-Z” or guitar instrument option so you don’t need to buy a separate guitar DI unit to boost the signal.

Third, you want to look out for the number of monitor outputs. This determines that amount of separate speakers and outboard effects your audio interface can send to. Much like the number of inputs on the unit, it would be wise to take this into consideration for your recordings. For most beginners, two outputs is fine since you'll only have one pair of monitor speakers.

Fifth, the quality of pre-amps is a major factor to consider. Pre-amps can eliminate the need for additional equipment which will make your audio interface into more of a one-stop-shop. Most modern pre-amps feature decent enough pre-amps that everything you record will sound ok, but some of the nicer ones include top notch pre-amps for warm, smooth recordings.

Similar to the last point, you should also consider the included software of the audio interface so you can eliminate any equipment overlap in your recording rig. Some of these audio interfaces include free effects, instruments, and even Digital Audio Workstations!

Also, the type of connection is very important to consider. You'll want to find the fast connection type that your computer supports. But be careful - audio interfaces aren't backwards compatible, so a USB 3 interface won't work with a USB 2 computer input. For example, Thunderbolt offers connectivity speeds twice as fast as USB 3.0 which could be crucial in your mixing and mastering process.

Lastly, and possibly the most important, the latency of an audio interface unit needs to be considered. Latency is the delay in playing and recording which ideally is completely minimized. High latency is a killer in recording and will require a lot of manual work to get the tracks to line up. The faster your connection speed and computer, the better.

A good quality audio interface doesn’t need to break the bank. One of the most popular audio interfaces on the market is the Focusrite Scarlett Solo USB which is around $100.

Check the price of the Focusrite Scarlett Solo

As the name suggests, this audio interface relies on USB and it also supports USB-C ports which means it can interface with iPad Pros! This sleek and well-crafted piece of technology is also equipped with an award-winning preamp which is praised for its low-distortion, low-noise, and transparent sound. Best of all, this preamp has extremely low latency which means you can add reverb or delay on your guitar solo in real-time. You can’t put a price on that!

Overall, the Focusrite Scarlett Solo audio interface is an excellent piece of equipment for any level of player or engineer.

Pros of the Focusrite Scarlett Solo

Cons of the Focusrite Scarlett Solo

If you have a bit more money to play with, there are two amazing USB audio interface options are the Steinberg UR22C and the Native Instruments Komplete Audio 2. These interfaces allow you to simultaneously record two inputs at once, which is all most singer-songwriters and bedroom producers will need. All in all, both audio interfaces are the best pieces of equipment in this price range.

One thing I love about the Steinberg interfaces is that their drivers are rock solid. Meaning you're not likely to encounter crashes, glitches or bugs. The Steinberg is the more expensive of the two and you can tell just by the beautiful design of it. They both have a lot of overlapping features, however, the Steinberg has a friendlier and sleek interface.

Steinberg features latency-free monitoring, a MIDI I/O to pair with outboard hardware and you can even switch the power source between 9V and USB, meaning you can gig with it.

Check the price of the  Steinberg UR22C

Pros of the Steinberg UR22C

Cons of the Steinberg UR22c

On the other hand, the Komplete Audio 2 includes a ton of software you need to create the music you envision with Ableton Live Lite, Monark, Maschine Essentials and stellar NI effects.

The Komplete package also includes two months’ worth of free subscription to Sounds.com. This is the best software package of any audio interface.

Check the price of the Komplete Audio Mk2 Audio Interface

When it comes down to it, you ultimately get what you pay for. Hands down, the Focusrite Scarlett 18i20 and Universal Audio Arrow audio interfaces are simply the best premium options in this range on the market.

The third-generation Focusrite offers the latest and greatest technology in addition to its sleek design, making it the best multi-channel audio interface under $500.

Check the price of the Focusrite Scarlett 18i20 Audio Interface

This audio interface has sample rates up to 192kHz which is studio-level capacity in addition to state of the art engineering to handle hot pickups while using analog protection circuitry in all of the I/O’s so you will never suffer any power surges. Low latency is guaranteed with this model.

Focusrite included two of their award-winning preamps into this bad boy. Used by studios all over the world, these vibrant and brilliant preamps are their flagship preamps which has the capacity to make any mix an instant hit.  And it includes the ability to record 18 tracks simultaneously and output 20 tracks for flexible routing. It also includes a rock solid software bundle.

The Universal Audio Arrow is all about quality and simplicity. While other audio interfaces at this price range load on extra channels, Universal Audio doubled down on quality. From the pre-amps to the construction to the software integration, the Arrow is professional grade.

The Universal Audio Arrow’s Unison technology also gives you the keys to brilliant preamps that can emulate any classic preamps. This interface also includes an analog classic plug-in bundle which includes preamps such as the Marshall Plexi Classic Amp, Teletronix LA-2A Legacy, Pultech EQP-1A Legacy and Ampeg SVT-VR. These are some of the best emulations out there, and part of the processing is actually run on the audio interface!

Check the price of the UAD Arrow Audio Interface

The thunderbolt connection gives you insanely low latency and massive bandwidth for larger sample rates. Lastly, if your computer is running slow for some reason, the UAD-2 has crazy powerful Analog Devices SHARC processors that are built in will take the load off your computer and give you the power you need.

Pros of the Arrow

Cons of the Arrow

If you have Thunderbolt 3, the Universal Audio Arrow mentioned above is simply the best audio interface to use with a MacBook Pro. It will take full advantage of the fast transfer speeds.

When it comes to USB audio interfaces, the best current piece of equipment on the market is the PreSonus Studio 192. This top shelf piece of equipment comes fully loaded with the best technology and extreme flexibility. Aside from offering zero-latency monitoring, the PreSonus Studio 192 provides Fat Channel EQ and complete dynamic control on every input channel. This makes it easy as 1-2-3 to record a top notch sound without any latency or extra gear. The workflow through the command-center functions make it a pleasure to use and offers the convenience of a mixing console. To put a bow on it, PreSonus even includes a free plugin set of seven different major manufacturers including Lexicon, Maag Audio and Arturia. This adds hundreds of dollars in value for absolutely no added cost.

What is an Audio Interface?

An audio interface is a piece of hardware that acts as a bridge between your recording equipment and your computer. Oftentimes, microphones have a unique three-pronged outlet that is not found on a desktop computer or laptop. Therefore, in order to connect the microphone to your computer, you need a piece of hardware to act as an intermediary or a ‘preamp’. This is where the audio interface comes into play. And it is not just used for microphones, but many different pieces of audio equipment.

Why do you need an audio interface?

How to ensure a Low Latency Audio Interface

Latency is just a fancy word for ‘delay’. The goal is to record your instrument in real-time rather than having a delay because it would be a lot of manual work to get audio files to match up correctly. When it comes down to it, high latency can be caused by either an audio interface’s A/D and D/A converters, its driver or device buffers and the various buffer settings you have in your DAW. The best way to avoid latency is to make sure you buy a quality audio interface and match it with a quality PC while tweaking the variables above such as finding the right buffer settings, choosing the correct drivers and tweaking the settings in your DAW.

The best workaround for this situation is to use a DI box to record your guitar or bass. ‘DI’ stands for Direct Input and it’s essentially just that–an audio interface made specifically for guitar. It is the best way to record a guitar track because it will isolate the instrument, format the track for recording and editing and remove noise bleed.