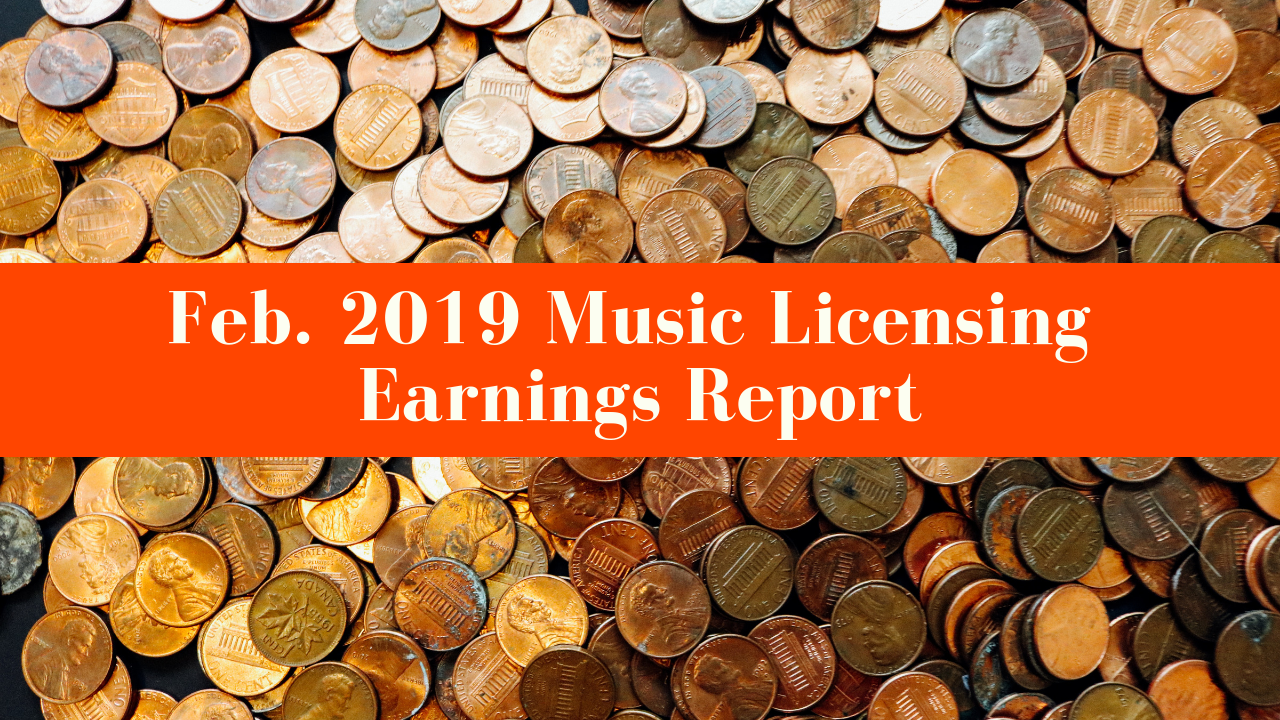 It’s been a wild ride. Here’s my earnings reports for my music licensing side hustle on Pond 5 during December of 2018 and February 2019.

Over the years that I’ve been doing this, I’ve noticed that the business is highly cyclical, and this is the time of year when things really whipsaw. People blow their budgets leading up to December, and it takes a few months for things to return to normal. Which is unfortunate, but it’s part of the game.

December 2018 was one of my best months of licensing stock music. I sold $317+ of music on Pond 5, and this result was thanks in large part to having some good holiday music in my catalog. Having holiday music can be a good way to ride the cyclical wave. It was a month of pretty consistent sales, which is always how I prefer to see things go. Surprisingly, I sold some sound effects for big money (like nearly $40!).

If you didn’t know, Pond 5 offers several different types of licenses, with the more expensive licenses offer buyers the ability to use the song/sfx in a larger project or to allow multiple users to access the file. These business licenses can really add up to extra cash. Especially when it’s some sound effect I probably originally had priced at $5.

Unfortunately, February 2019 was a different story. My stock music licensing earnings plummeted in February 2019 – From an incredible $314 in December to a measly $115 in February. Probably my worst month in a couple years.

Well, I have a few theories.

First, we’re still in the slow part of the business cycle, though things should be picking up. Second, and more importantly, I think it’s because, in an experiment, I significantly raised the price of all my songs (basically doubled them). I had a theory that price didn’t matter as much as I thought it did. I was proved wrong. I could let the experiment run a bit longer, but the results were pretty convincing.

However, I also hit my biggest outlier in February – I sold my most expensive song ever. A song with full vocals called it’s a “Brand New Day” sold for $99 on a standard license. So yea, maybe my price theory is only half correct?

I’m not totally sure what to do with the info, but my sense is that MOST buyers on Pond 5 care about price, but they can stretch their budgets a little. I am now trying to keep all my tracks under $29, which seems to be a price that buyers are willing to pay. With $20 as the minimum price on Pond 5, I don’t think most buyers mind spending an extra $9 for a good song. But I think they did baulk at pay $49 for it.

Only time will tell. I didn’t lower my prices until midway through March, so we probably won’t know everything until April. And even then, the business cycle will have picked up.