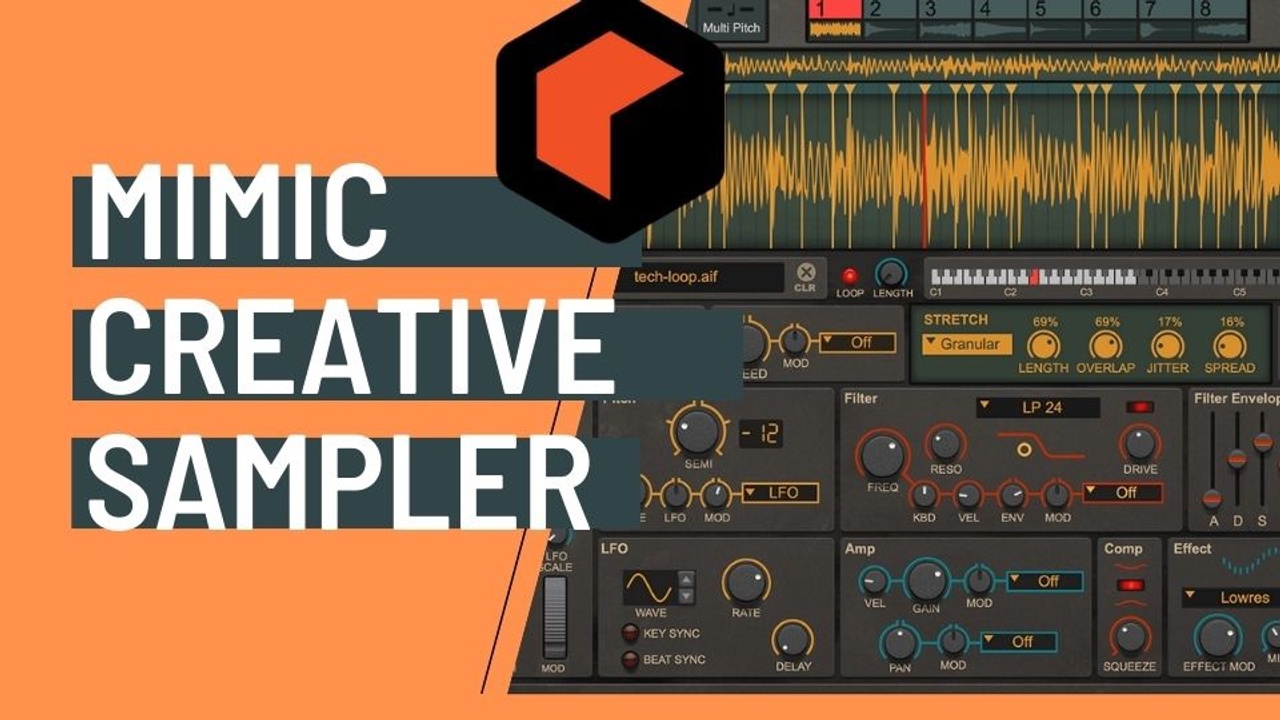 Reason Studios has released a brand new sampler for Reason 12, called the Mimic Creative Sampler. This post will show you how to use Mimic, give you an idea what it sounds like, and share some of my thoughts on it.

How do you get Mimic?

If you are a Reason+ subscriber (you can start a free trial here), you can get access to Mimic instantly right now. Otherwise, you will have to wait to purchase Reason 12 in early September.

It's worth noting that Mimic is not a standalone Rack Extension, and is, therefore, not available for individual purchase.

What Does the Mimic Creative Sampler Do?

Well, Mimic sounds darned good. It includes 5 different algorithms for manipulating samples (tape, advanced, vocal, melody, and grain) as well as the ability to manipulate pitch and time of the sample.

On top of that, Mimic has four sample modes:

It's very easy to jump between the different modes and algorithms to find what works best for your sample. Mimic also easily lets you adjust the sample points and slices on the fly.

What I've enjoyed most about Mimic is the onboard effects. These characterful tools make it super simple to add vibe and creative depth to your samples.

Mimic's onboard effects include:

Well, it sound darned good. And it makes sampling a cinch, which helps you easily find those really cool, characterful bits of a sample that bring things to life.

You can hear a demo of a song I made in Reason that uses only Mimic.

The workflow is very intuitive, and I think that it really will become a workhorse of sampling.

What About Mimic's Shortcomings?

I genuinely think that Mimic is a fantastic sampler, and it is likely to become my go to workhorse tool for doing most things sampling. That said, it has 3 glaring shortcomings.

But while there are easy enough workarounds, they get in the way of workflow. It's rather ridiculous that in 2021 this feature isn't built into the sampler. Especially considering that all of its peers, like Serato Sample, include the feature.

Sometimes you need your samples to be synched to tempo, so that they play out in time with your track. Many samplers automatically detect the tempo of your sample and allow you to automatically adjust it to the BPM of your song.

There are workarounds, again, but it isn't great from a workflow perspective. And given that most other samplers already include this features, it's pretty ridiculous that you'd release a sampler in 2021 and not include the feature.

No Per Slice Adjustments

Mimic also doesn't let you make adjustments to the individual slices of a sample. Unlike, say Dr. OctoRex which has been around in some form for 20 years.

The ability to adjust the volume, pitch, pan, and timing of individual slices is hugely important to being able to sample efficiently, and this is the hardest issue to correct for. The only way to really work around it in Mimic is to use the multi-slice mode, but this could require a lot of tweaking to get all of the details you need.

It's too soon say exactly how much I'll use Mimic, but for now I'm really really enjoying it, and think the pros outweigh the cons. I own other samplers, but I think that the built-in creative tools and generally smooth workflow will probably make Mimic the first sampler I grab, and should mean that people in the future might not need to buy a third-party sampler.

But that's just me. What do you think about Mimic? Do you plan on using it?