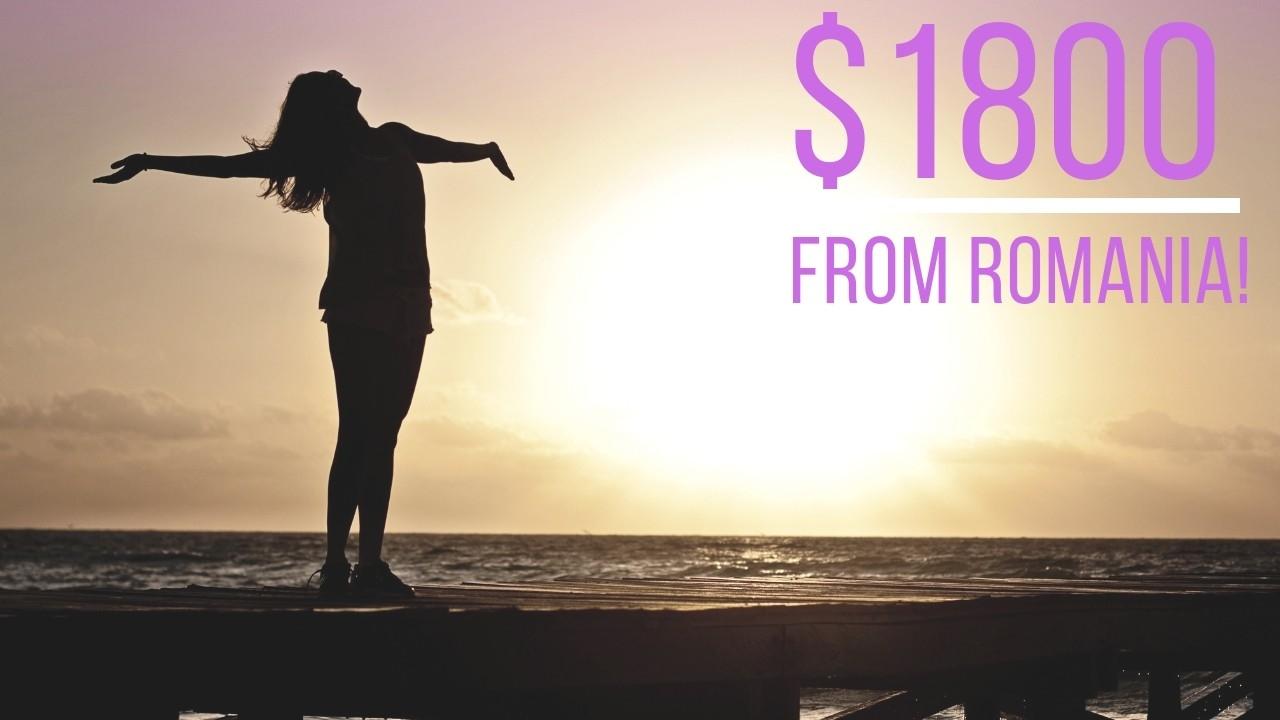 (If you want to get started on license your music, you can watch this 15 minute video basically giving you an overview of the whole thing.)

This is my first quarter with significant back end royalties. I earned about $1,850 from Romania (no, I have no idea what show or why), and another $23 from sales broadcast in the U.S. on the Outdoor Network.

The most remarkable thing is that this is one of my worst songs. I previously published a post about how shocked I was that one of my least favorite songs had earned me $200 in upfront fees. Well now it's become my highest earning song, hands down.

I earned all of this money through my performing rights organization (PRO), BMI.com.

And so normally the way that works is I will license song through Pond 5 and it will entitle somebody to use the music the music for all sorts of projects whether it's a podcast or on YouTube or on a TV show.

And so initially they pay a fee upfront for that. The song sells for 30 anywhere from like 20 to 70, 80 dollars. And I'll get half of that from Pond 5. And you can license the same song multiple times, so I've earned hundreds of dollars in upfront royalties for my best selling songs.

But if somebody goes ahead and use the song on YouTube that's it. There's no further royalties from that.

What Are Performance Royalties?

However there's another category of royalties called performance royalties.  Basically if your if a song you wrote is broadcast on national TV or in a public space generally speaking you are entitled to a royalty for that.

I've done a much more in depth post on the different types of royalties in this video, if you're interested in watching. How to Get Your Performance Royalties

And in order to collect those royalties, or even to determine whether or not your songs have been performed, you need to join a performing rights organization and in the U.S. The two main ones are BMI and ASCAP.
I'm with BMI, and it's been working pretty well.
But as far as I know there's no major difference between the two different. Also, different countries have different societies.​
Once you join a PRO, what you then do is register your songs with them (including all of the different edits you might have of your song).
And then when somebody on TV, for example, uses your song on one of their shows they have to fill out this thing called a cue sheet.
A cue sheet is basically just a list of all the songs they used and how long those songs lasted. And so basically at the end of the day they submit these cue sheets to the PRO, which allocates revenues based on a proprietary formula.
The PROs distribute you a portion of the earnings that they make in proportion to how your song was play based on a formula they have.