One of My Worst Songs Made Me $200+ in Licensing Revenue 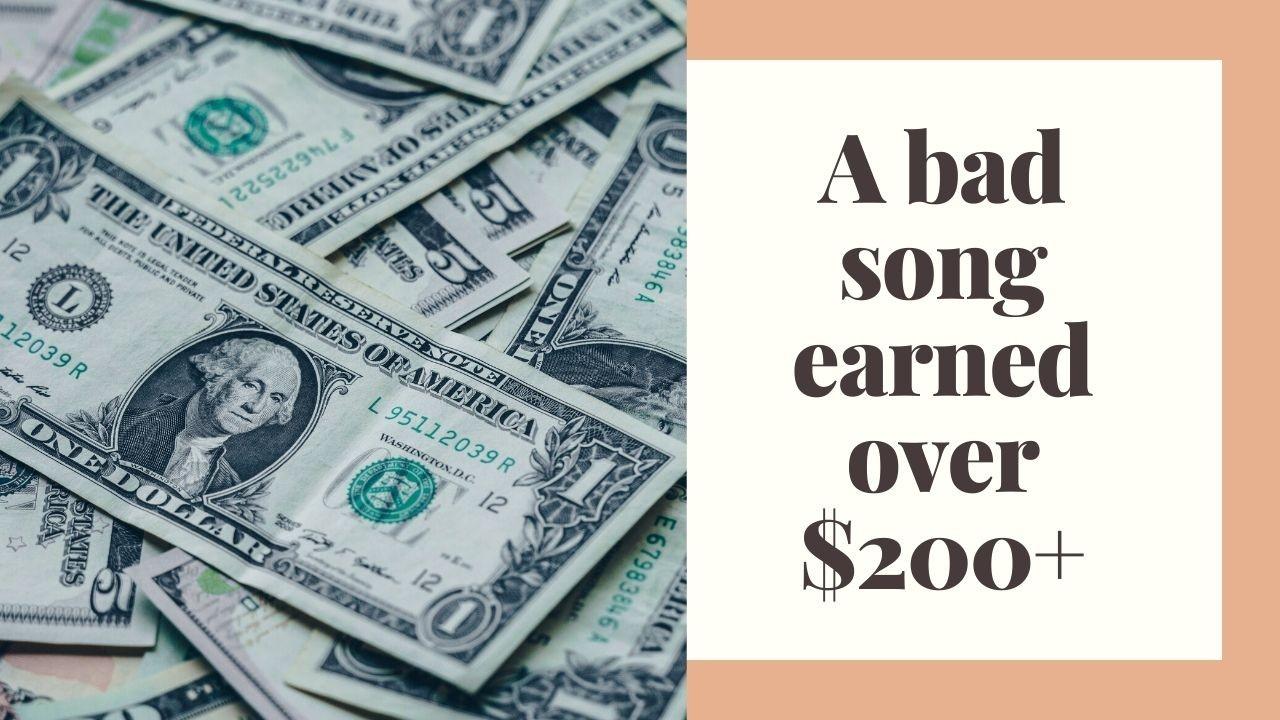 Would you believe that one of my worst written, worst produced, worst mixed songs - one that uses mainly loops - has generated over $200 and continues to sell?

I'm as shocked as you.

But it turns out there are at least 3 secret reasons why this song has done so well, which I'll share in a minute.

First, though, you really ought to take a listen to this little gem.

Originally, I never intended this song for licensing. I was just making a demo song to experiment with mid/side processing. As the song shows, that experiment failed.

However, I accidentally exported the song and uploaded it to some licensing sites with a batch of other files.

When it came time to start tagging the song with keywords and descriptions, I thought, what the hell.

Now, to begin with I recommend writing and recording high quality songs!

The point of this example is just to show that if you know what you're doing when it comes to key wording songs, and make songs that are a good fit for music licensing, you can be successful at music licensing even if you're not the greatest musician or producer.

So let's talk about why this song sucks!

- The mix is terrible, instruments are all the wrong volume
- That wah guitar (loop) is jarring
- The song doesn't sound glued together
- I could go on...

The main point is that the quality is pretty average, and the song is kind of boring. Although songs that are good background music are great for music licensing, you don't want to overdue it.

So why has this song worked?

- It's written in the format that fits stock music
- The song has a consistent, clear vibe
- It's got a clear ending, not just a fade out
- I did a great job using evocative keywords (see bullet point #4!) so buyers could actually find the song
- There's horns (buyers like horns! (I get my samples from here)(affiliate link)

All of these are skills that can be learned and improved on. All you need is some direction and a commitment to work on your craft. In the two or three years since I made this song, my recordings (and success) have continued to grow.

Want to license your first song by next week? Check out this free 5-day mini course here to learn how!