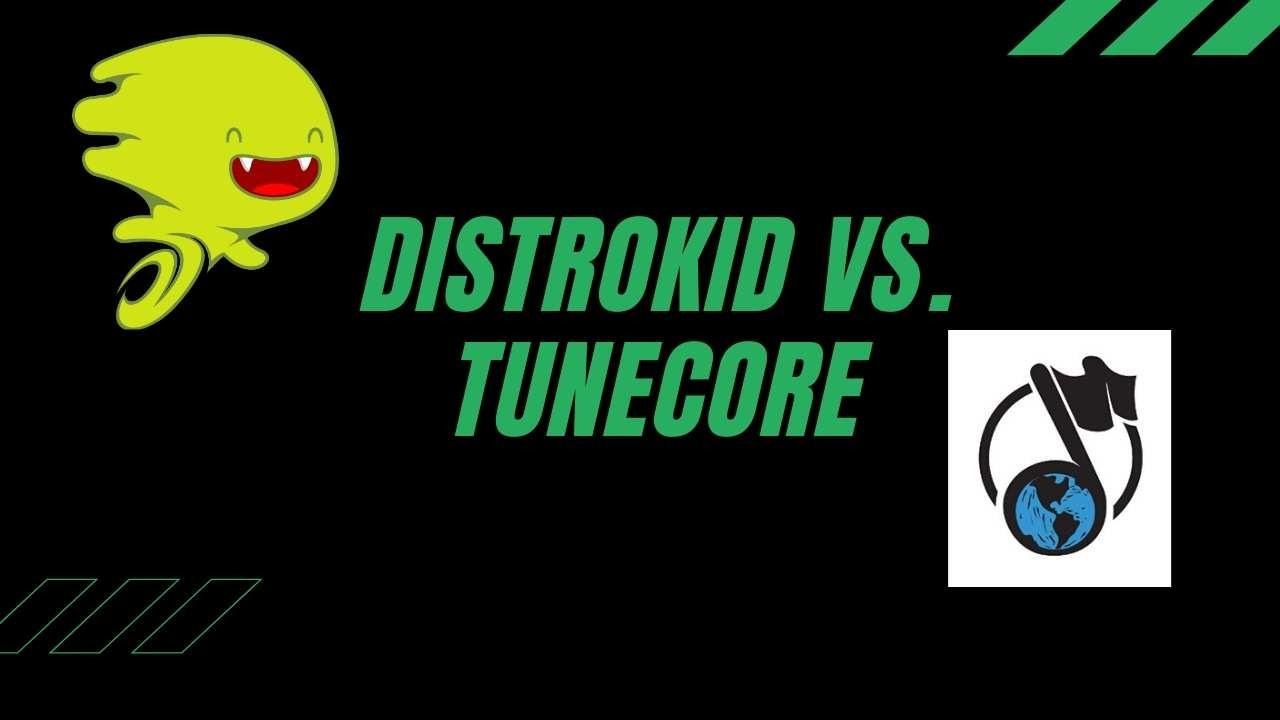 You're looking to release your new album or single, and you've narrowed your distributor down DistroKid vs. TuneCore. But how do you decided which to trust with your release?

This article lays out the pros and cons of DistroKid vs. TuneCore, and will guide you to making the best decision for your music! The good news is that both sites are great at what they do, and you can successfully release your music with either.

We'll get into details below, but the main difference between TuneCore and DistroKid is pricing and features. TuneCore is much more full featured and includes options for additional support. However, if you know what you're doing, DistroKid can be a much more affordable, straightforward choice.

Before you release your album though, there's some ground work you should do to ensure a successful launch. Be sure to read the blog post The Beginner's Guide On How to Release an Album Online.

Note: some of the links on this site may be affiliate links, meaning I get a referral fee (at no cost to you).

What is Music Distribution?

Don't let yourself feel overwhelmed! At its heart, music distribution is incredibly straightforward! You deliver an album to your distributor, and your distributor makes sure that your album gets placed in stores around the world.

So let's break that process down.

In order to deliver the album, you'll obviously need to have all the recordings finished, mixed, and mastered. Need some help mixing? Check out these 6 Mixing Tips for DIY Musicians.

But once you've got your songs finalized, you still have a lot of work to do. As you upload your music to your distributor's website you'll need to create album art, add lyrics, make sure the songs are in the right order, and choose a release date.

Both DistroKid and TuneCore make this process effortless. Navigating their sites is simple and straightforward. Uploading is a cinch.

From there, you can choose which stores you want your music placed in. For the base price, there's not much (if any) difference to the stores you get access to with DistroKid vs. TuneCore.

So in either situation, people will be able to stream your songs or buy them for download. And both DistroKid and TuneCore pass on to you 100% of your earnings from streams and downloads.

Wondering how much you can earn from 100,000 Spotify streams? See what my results were.

What's the final verdict on distribution? Well, I don't think there's any meaningful difference between the two. 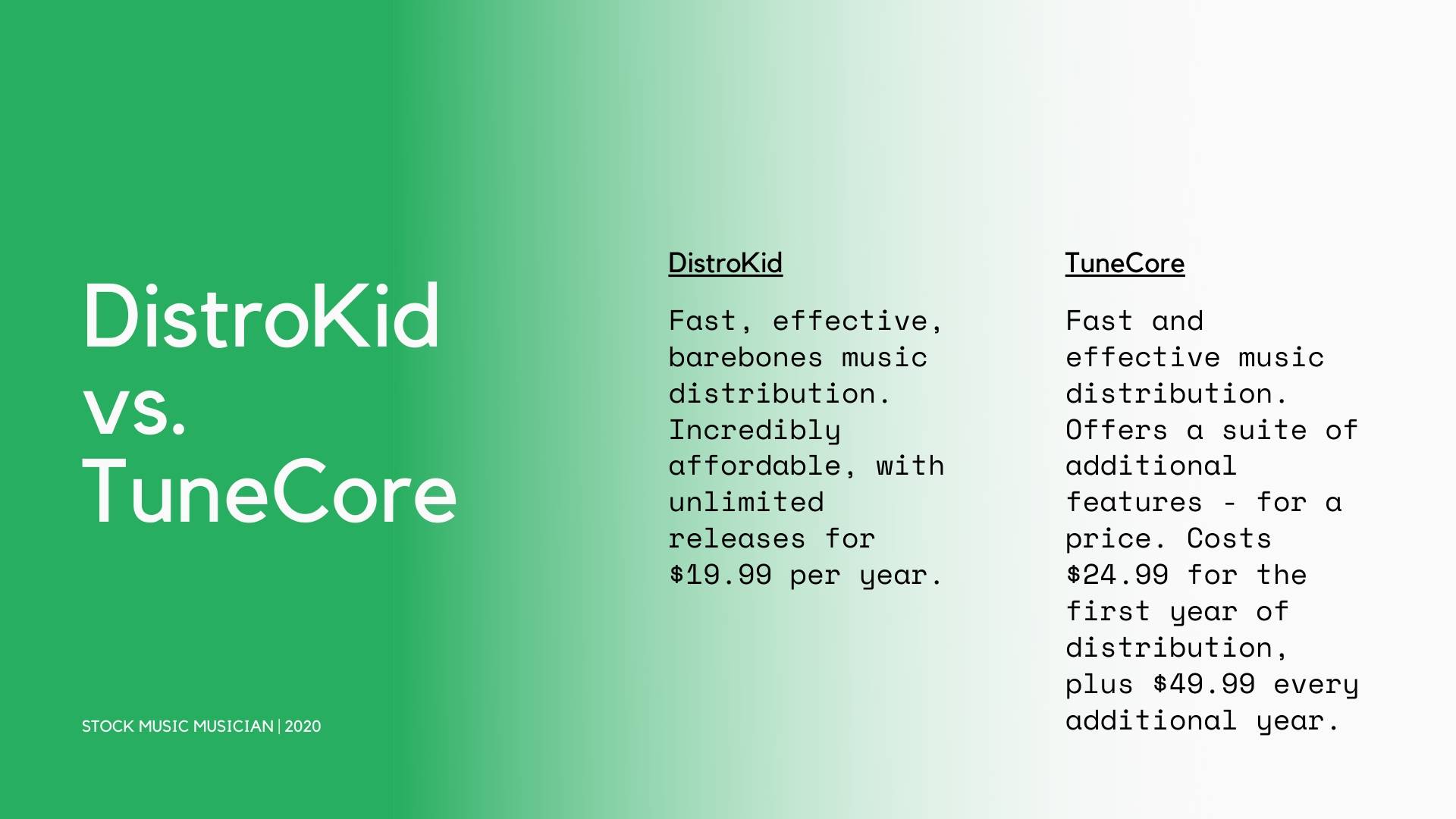 It's pretty obvious that DistroKid's pricing is way better than TuneCore's, but they don't offer as many features (discussed in the next section).

Here's the DistroKid pricing: $19.99, per year, for unlimited distribution of albums and singles (but if you cancel your membership, your albums disappear - unless you pay a fee)

So it's pretty clear that DistroKid is a much better deal, especially if you're prolific about releasing music. 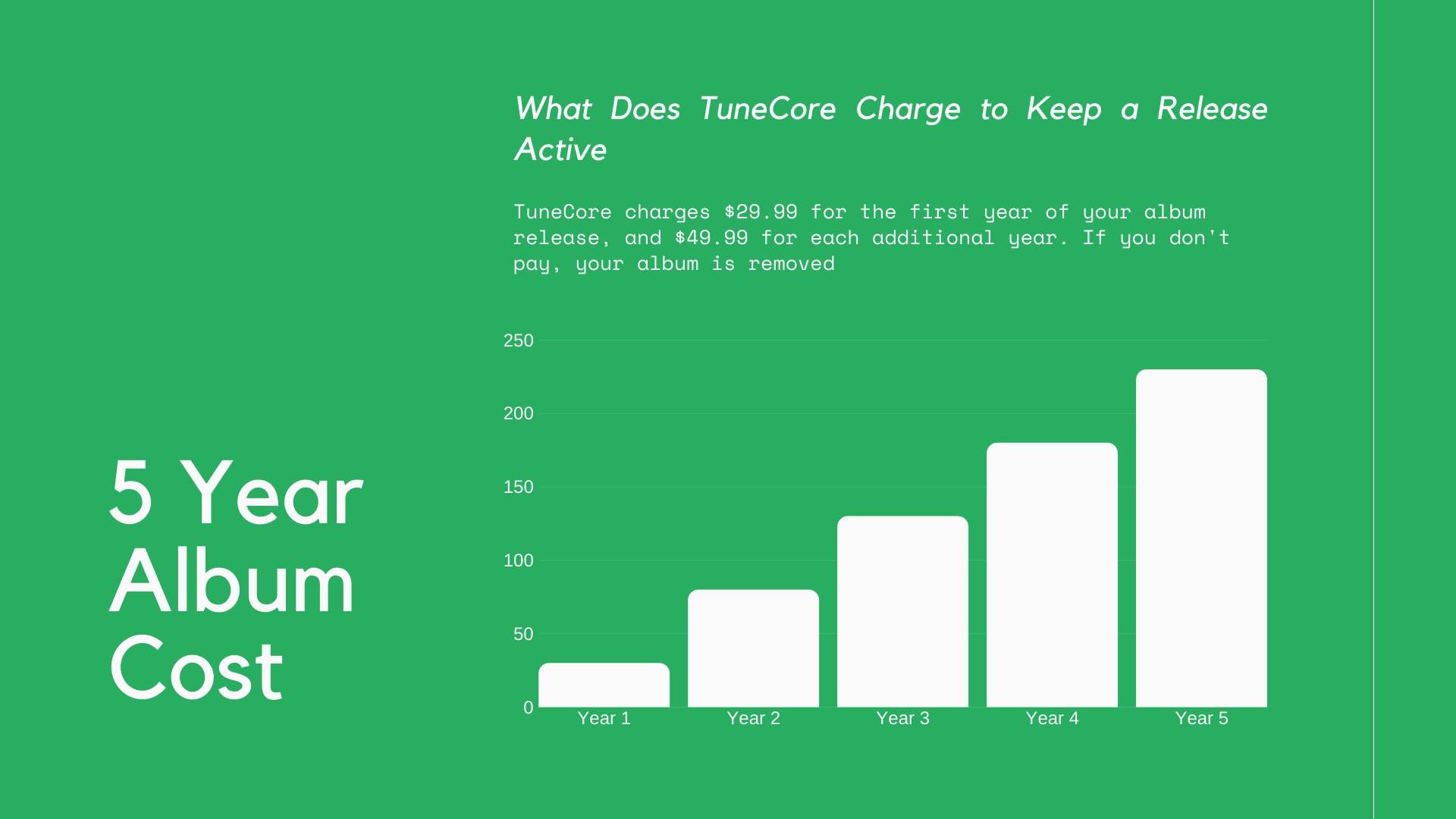 With TuneCore, assuming you release the albums and singles in the 1st, 3rd, and 5th year, you'd pay:

So the total cost would be over $470 with TuneCore! So the question we have to ask is whether TuneCore is better than DistroKid by $370.

There are significant differences in the features that are available in Distrokid as opposed to TuneCore. As you'll see, it's safe to say that TuneCore is much more full-featured. But DistroKid has all the essentials for a much lower price.

By and large, the offerings are the same. Both offer straightforward statistics, so that you can see how well your music is doing. Both DistroKid and TuneCore tools to promote your music (for an example, checkout my DistroKid album page here).

At the same time, TuneCore offers several unique tools. For a nominal fee, they can help you with music publishing if you don't want to learn how to do it on your own (but it's not that hard). TuneCore offers a lot of tools that you can pay for in order to promote your music. TuneCore also offers discounts to a variety of services, like webhosting, vinyl pressing, and CD manufacturing. TuneCore also offers a lot more content on its blog to help you make the most of your release.

DistroKid also allows you to easily create automatic splits between you and your collaborators, using DistroKid Teams. You can easily set up splits between co-writers, producers, or band members, and then DistroKid will pay them out at the chosen percent, automatically. There's no additional fee for this, although they do need to pay a $5 service fee to create an account.

So if you're wondering is DistroKid legit, the answer is yes. It just might not be right for everyone. If you've got extra money and want some extra help, you may consider TuneCore.

For me, DistroKid represents a much better value, and it's what I personally use (I've also used CD Baby in the past and liked it). I don't think I'd recommend TuneCore unless you're really flush with cash and would benefit from having all the additional add-ons in one place.

If you're willing to do a little research on releasing your music, you'll be fine with DistroKid. And the more prolific you are as a writer, the more value you'll see from your DistroKid account.