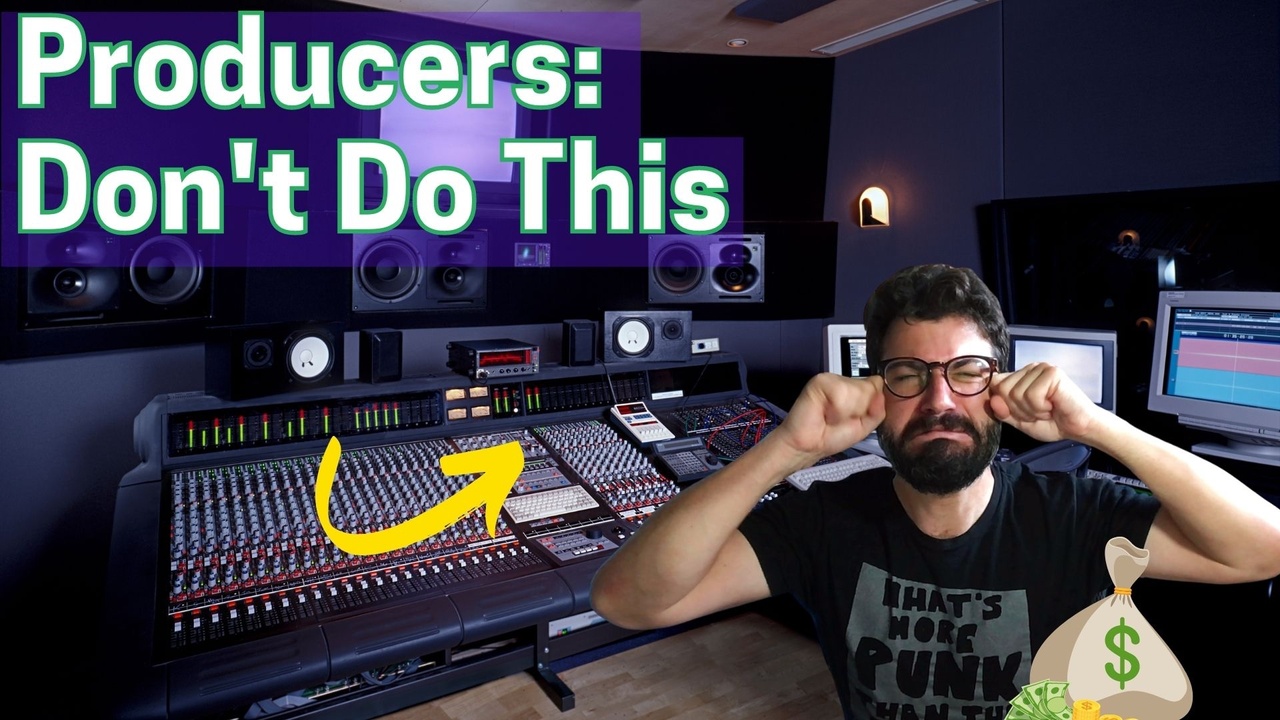 Music licensing is supposed to be all about making money. So if you've lost money, you're doing something

wrong! Thankfully, I'm here with three tips to steer you into the clear.

So how did I lose the money? Well, I hired a group of studio musicians to record and mix a song that I had written. I thought the song would be perfect for commercials and background music.

So I was out of pocket $1,600 and the song has never secured a big placement. Sure it's made me a few hundred dollars of the years, but not nearly enough to pay for itself.

If you want to hear the song and learn more, check out this video.

The first, and most important lesson, is that music licensing is a numbers game, and you never know which songs are going to earn you money. Therefore, you should not go out of pocket and spend money on producing song upfront, because you can't guarantee that they'll ever sell.

The implication of that is that you need how to learn how to do everything yourself, from songwriting to mixing to mastering. And it probably means you'll need to invest in some good equipment.

Now, that doesn't mean you should never hire people to work on songs.

Which brings us to our second lesson. If you're working with an exclusive library, many of them will provide an upfront fee to secure the exclusivity of your song for their library. Let's say it's $300 (click here to learn how to license your music). Well, now that you know that you've receive a guaranteed fee for music, you can reasonably afford to hire someone to perform on the song, especially if you believe it will make the song significantly more marketable. I'd just be sure that you don't spend all your money on session musicians.