How Long Does it Take to Write a Song? 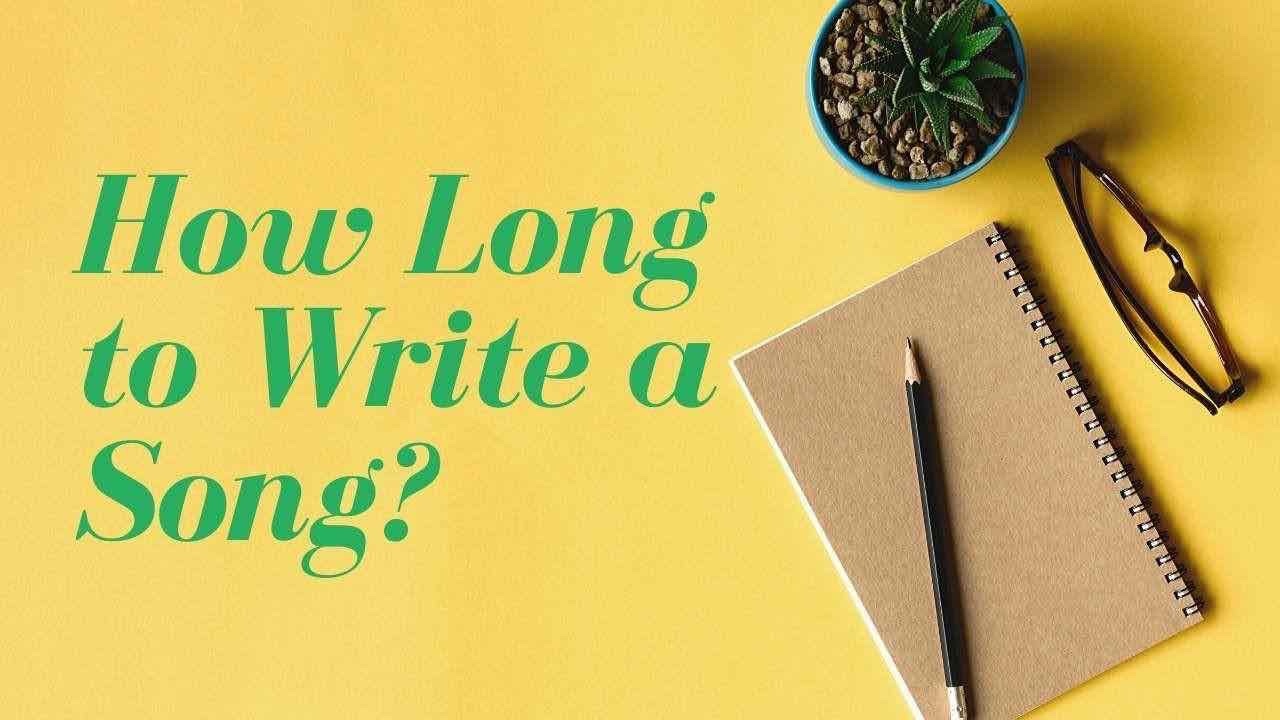 A lot of people wonder how long does it take to write a song, and the answer might surprise you! A lot of the best songs a written in well under an hour.... And some songs were even written while asleep!

In this article I’m going to show you the three different songwriting scenarios the musicians encounter, and explain how long it takes to write a song under each scenario.

Struggling with songwriting? Check out this free guide with 40 Tips to Beat Songwriter’s Block.

Note: this article may contain affiliate links, which means I receive a commission if you make a purchase of the linked products.

First, a song means music and lyrics (i.e. it’s meant to be sung). The lyric writing process is usually the longest part.

Second, I’m not talking about writing the parts for every single instrument, but rather the chords, vocal melody, hook, and lyrics. In other words, the parts of a song someone might hum. The part of the song where someone could do a cover version that is still recognizable.

How Long Does a Song Have to Be?

If you're wondering how long does a song have to be, I'd suggest two minutes, as a minimum. If you want to get paid by Spotify for your song, it needs to be 30 seconds long, at least. But I think we all have a little more to say than that! And if you want your song to be used for music licensing, it should be 2-3 minutes long.

If you're looking at more traditional pop and rock songs, you can go longer. Until recently songs were frequently 3-4 minutes long. But the average length of a hit song has become a lot shorter over time.

At a minimum, a song should include a verse and a chorus. Sometimes additional verses are the same as the first verse, but usually they're different. It's not uncommon to see a song with three verses, with the same chorus repeating in between.

Plus, some songs include a bridge section that is totally different.

How long does it take to write a song that’s an Instant Hit?

Sometimes everything just comes together.

You’re walking down the street and a catchy melody and lyric just pop into your head. Or you’re asleep and you wake up with an incredibly moving song, even if the lyrics are “Scrambled Eggs.”

In these scenarios, the song just writes itself, and your job is to get out of the way of the song and let it reveal itself.

This means you’ve GOT to capture it asap. Whether this means humming it into your phone, or if you’re lucky enough to be home, grab your guitar and start figuring it out.

Sometimes the instant hit will reveal itself in the middle of a jam session. You’re just playing the piano, you make a mistake, and all of a sudden a whole area of your brain just lights up with ideas.

In either case, the song usually tends to write itself. Each part revealing the next. When you’ve got a song like this, it’s best not to over think it.

Definitely don’t second guess anything, especially during the writing process (you can always edit it later).

In these cases, the issue of how long does it take to compose a song is pretty meaningless, because the song writes itself. Pretty much the only thing that will take any time is polishing the lyrics.

Though you may still need to spend a lot of time producing the song and developing the arrangement.

How to Find Inspiration for Your Song?

Be open to the intuition that inspired the song.

In order to capture your inspiration, I recommend carrying a portable, high quality notebook (affiliate link) around to sketch your ideas. I find that putting pen to paper is a lot more inspiring than trying to work with a phone or computer.

If the song came to you with a lyrical theme already, then go ahead and run with it. Don’t agonize over the perfect rhyme - you can always leave it blank for now. The important thing is to get the song as complete as possible.

Often, I find that I can write the core of a song like this in under 20 minutes. Then I put it aside for a few days, and when I come back to it, I fill in the blanks in a single quick session.

Speed up your songwriting with this free guide with 40 Tips to Beat Songwriter’s Block.

But of course, a lot of times the song doesn’t come like this. In that case, you’re going to be in a slow slog. Thankfully, you're going to learn a lot of strategies for getting through the slog to write your song. 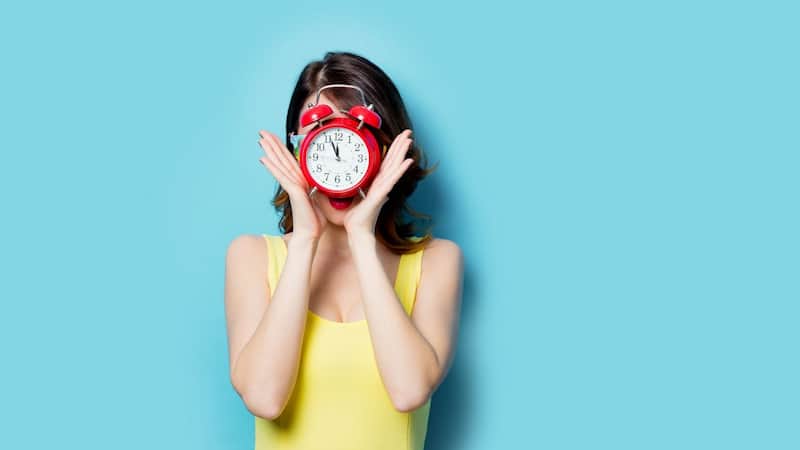 Writing a Song Through the Slow Slog

Songs that are a slow slog can take a lot longer to write. These songs will probably take 4 - 8 hours to write. These are often really good songs, it’s just that they’re being created less through inspiration and more through skill and hard work.

Recognize the difference between these two scenarios will save you a lot of time down the road, because you can instantly lean into using the appropriate techniques for each one.

If you’re experiencing this, though, don’t despair. Just push through it with hard work and the following techniques.

If you’re struggling with coming up with another section of the song, try one of these tips

Or just go for a walk. Going outdoors and clearing your head can often lead to bolts of inspiration and clarity. 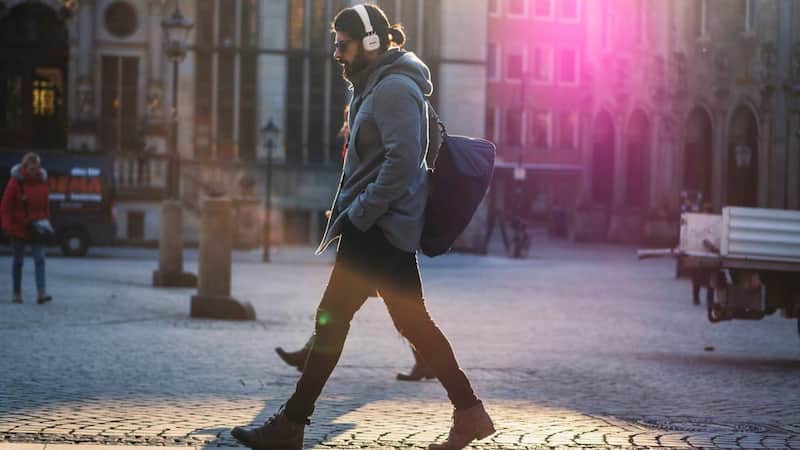 If you’re having trouble getting the melody to sit with the chords, I recommend recording the chord change, and then jamming over it. Approach the melody from a lot of different angles.

Try making it simple or complex. Rhythmic or flowing. Start on the root note, or start on the third. Mix it up, don’t be judgmental, and keep jamming on it until you hit something you like.

Speed up the Lyric Writing Process

If it’s taking you a long time to write the song because of lyric problems, a little prep can save you a ton of time. Just like a painter has pre-mixed their pallet of paints before they put brush to canvas, as songwriter should have the elements in place song that it doesn’t take as long to finish a song.

In a notebook, write the theme of the song and title at the top of the page. Then make a list of imagery associated with the theme along the side. Finally, once you’ve established your basic rhymes, pull up a list of all the words that rhyme using Thesuarus.com, so you have it quickly available.

Let me explain this in practice. Let’s I’ve written part of a song called “Kissing in the Moonlight.” I’d write that along at the top of the page, as well as the themes: Love, Romance, Passion, Nighttime, Seduction.

Finally, you could pull up a list of rhymes: kiss, miss, tryst, etc.

The more you write songs, the better you’ll get at judging what’s good, what needs work, and what’s a total garbage fire. When you’re dealing with a garbage fire, it’s best to just stop writing as soon as you can and move on to a new song. 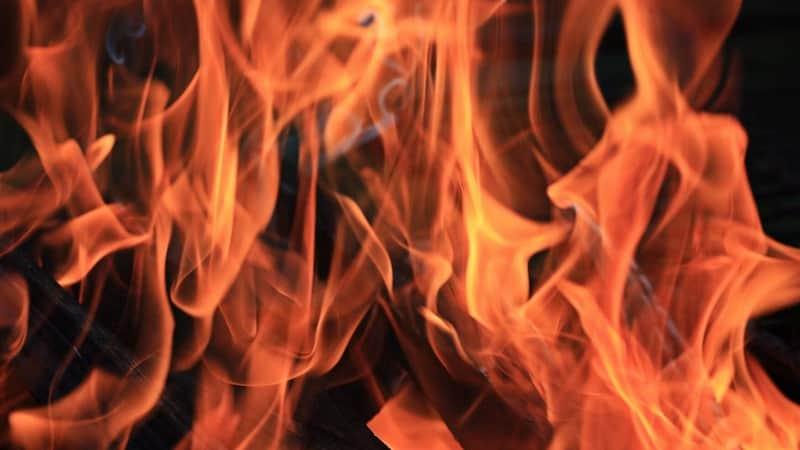 There’s no point in throwing good music after bad, because you can’t put lipstick on a pig.

I mean, you probably can put lipstick on a pig, but it will still just be a pig wearing lipstick.

Ultimately, you’ll end up saving a ton of time writing songs if you stop writing bad music quickly. And I don’t mean that flippantly. Every artist is going to write bad songs. The difference is how long it takes you to realize that the song is bad. If you realize it sooner and move on, then you have more time to devote on your good songs!

Unfortunately plenty of people are over-attached to every song they write, and can’t stop.

Even after 8 hours polishing a turd, you probably still won’t have a good song. You would’ve been far better off if you had give up quickly and slogged through two songs.

So, how long does it take to write a song?

As you’ve seen, how long it takes to write a song really depends on the type of song you’re in the middle of writing. If you’re sitting down to write a song that’s decent it should take less than four hours. On the other hand, if you’re struggling with a song that you have no business working on, you could waste days  and still not be happy.

And then, sometimes, a miracle happens. Inspiration strikes, the muse descends, and you’ve written an incredible song in under an hour.

All said, if you're lucky, you can make a song - write, record, and mix it - in a day. But that really takes the stars to align.

Laying a solid foundation for that is important.

That's why you need to keep your gear in working order, have a notebook, and be ready to rock. And if you find you're able to write songs at a good clip, you may want to check out this beginner's guide on how to license your music so you can start earning money from your songs!

How Long Does it Take to Record a Song?

However, the amount of time it takes to compose a song is way different from how long it takes to finish a song recording. Once the song is written, a producer needs to think about how they are going to arrange the song.

Producing the song involves all sorts of choices - from what instruments will be on it (strings? synths?) to maybe adding a key change to the end of the song.

If you're trying to figure out how long does it take to produce a song, the answer is that it really varies depending on the complexity of the material.

A jazz trio would require almost no production time. They simply look at the chords and jam on their instruments.

A modern pop song could take weeks to find the perfect samples, figure out the drops, decide on the perfect singer, etc.

After the song is written and arranged it needs to be practiced to perfection by the band/artist.

Then you need to record the song, which can take quite a while. A good rule of thumb for how long it takes to record a song is to allow for one hour of recording for every minute of music. This can be even longer if you're recording a complex song with a lot of overdubs and vocals.

From there, the song needs to be mixed, which will take a few hours, and is best split among multiple days so you can listen to the song in different environments to make sure it "translates" as well on an iPhone as in your car.

Finally, a song needs to be mastered, which is the process of getting it perfectly formatted for whatever media it will be shared in, whether vinyl, streaming, or mp3. Mastering is a last bit of quality control that smooths the minor imperfections of a mix, and brings out an appropriate level of loudness.