How much does GarageBand Cost 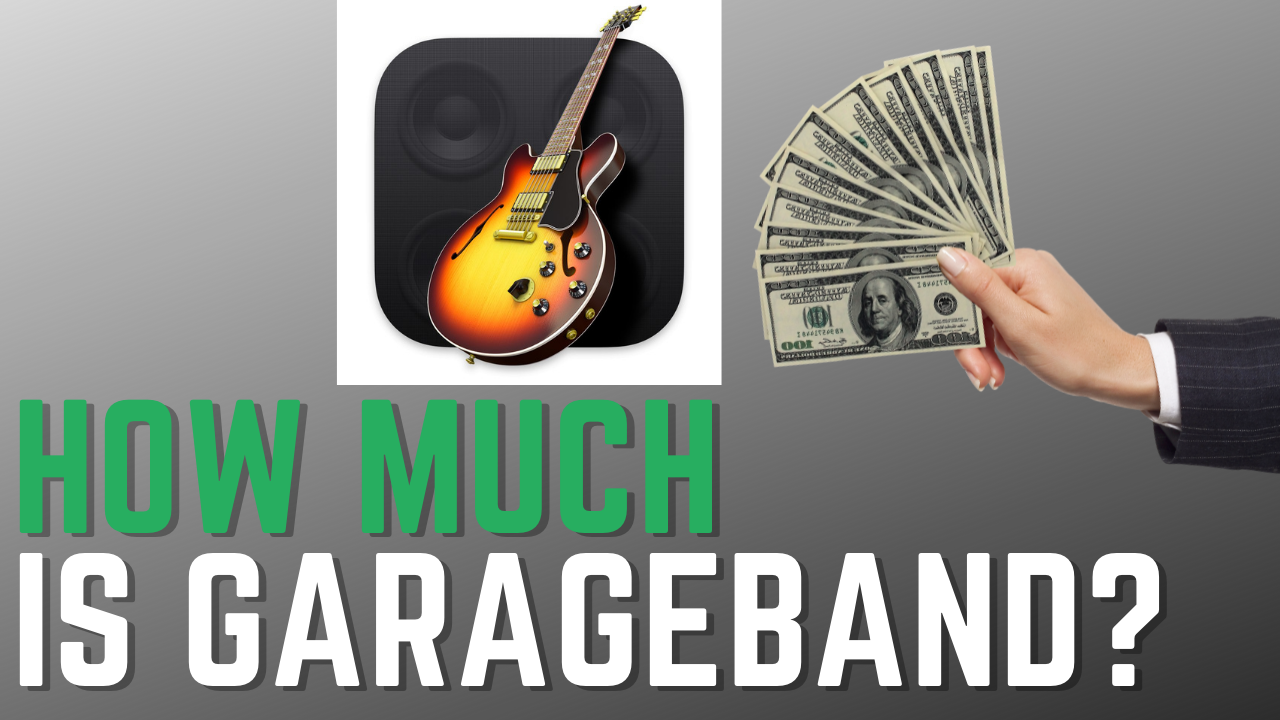 GarageBand is an incredibly powerful tool for creating music on the Mac OS or in iOS. It comes loaded with amazing tools, like virtual instruments, AI-powered drum tracks, live loops and more.

This music creation studio lets you create any type of song you can imagine, from hip hop to simple folksy acoustic guitar songs. And the great thing is you don't need to be an audio engineer, because GarageBand has the least steep learning curve of any DAW.

But surely such an amazing tool must cost a ton?

Note: This article may contain affiliate links, meaning I would receive a commission - at no cost to you - for any products you purchase

How much does GarageBand cost on iOS devices?

The great news is that a mobile version of GarageBand is totally free for iOS users! That's right, if you're one of the billions of iOS customers out there, you can get a free GarageBand free.

You can have up to 32 audio tracks on the iOS versions of GarageBand.

Despite the fact that GarageBand is a free digital audio workstation, you probably won't find a better alternative recording software among iOS Apps. That's because this mobile app takes full advantage of the iOS user interface to give you great features like:

This even scales down to work on an iPhone, though I think the GarageBand app is a better experience for iPad users thanks to the bigger screen.

How much does GarageBand cost on Mac Computers?

GarageBand is totally free for owners of all Mac Computers. So whether you've got a cutting edge MacBook Pro, iMac, or even a MacBook Air. GarageBand for Mac OS is probably the best way to experience GarageBand.

And as a free tool, it's a great way to get started with audio production.

I think one of the main reasons Apple gives GarageBand away is because Apple wants to be seen as a powerful tool for creatives, this give this powerful powerful piece of music production software to everyone for free.

What Apple Products can run GarageBand?

Basically every Mac computer and iOS device you buy these days can run GarageBand. And every owner is entitled to their own free copy of it!

By default though, GarageBand is not installed on most new Apple devices.

So that begs the question....

Then search for GarageBand.

From there all you have to do is download and install it via the App Store.

Can Windows Users Get GarageBand?

Officially there is no Windows version of GarageBand. But there are some work arounds to use a virtual machine within your Windows PC to run GarageBand.

You can learn how here.

Is there a Free Trial of GarageBand?

No, there is not a free trial of GarageBand.

Because GarageBand is free.

So install it and try it out. There's a good chance you'll like its modern design and wide range of instruments and effects and stick with it.

Can I record Music on GarageBand?

Yes! You can record software instruments internally with GarageBand without needing any special hardware. You can either use your mouse to draw in the notes or control the keys with your Mac keyboard or iOS touch screen.

If you want a slightly more sophisticated setup, you may want to consider getting a really affordable piano keyboard like the Novation Launch Key.

There lot's of great software instruments included with GarageBand, but if you want even more, there are tons of free synths you can download (GarageBand can run any VST Plugins).

You can also record audio with GarageBand, like guitar and vocals. But you'll need some separate hardware called an audio interface to make this work well.

Whether you're running GarageBand on an iPhone, iPad, or Mac, you can't go wrong with Universal Audio's Volt 2 audio interface. It will help you capture high quality audio recordings of live instruments like electric guitar, vocals, and more.Plus it's loaded with premium plugins, a classic bass amp, and more to help you make professional recordings.

If you've got an older Mac, you can also use some of the Touch Bar features. But frankly, I don't think it does too much for your workflow. I'm using a 6-month old Mac Pro and GaraBand works amazing. Same with my iMac.

Can I use Apple Loops with GarageBand?

Do I have to buy the Complete Sound Library for GarageBand?

No these are free too! Apple provide lots of bonus sound libraries for GarageBand. However, by default, not all of them are automatically downloaded when you install GarageBand.

These additional sounds are called Producer Packs. Their names will show up in your sound library, but there will be a little download symbol next to them, indicating that they haven't been installed.

Just click on one and you'll be prompted to download these additional instruments and sounds. This all happens within GarageBand, in the background. So there is no need to stress about download managers or installers.

Sometimes when Apple releases a new GarageBand version, they will add new sounds. So be sure to check the patch notes for fun new toys and other good news like new instruments and effects. 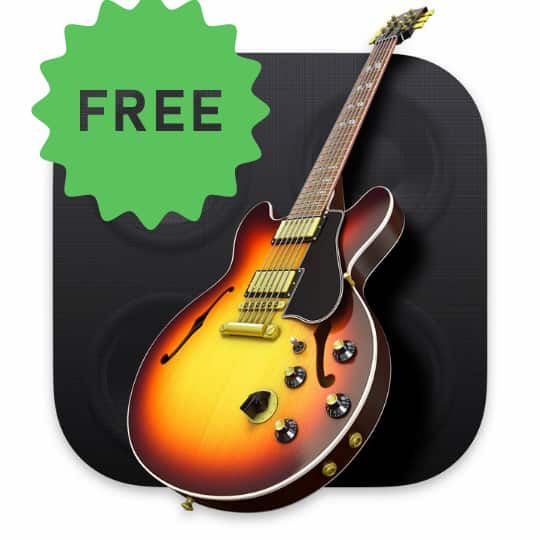 Just like with the Producer Packs, you may be prompted to download drum loops, or even entire drummers. As you explore GarageBand, you'll find that there are "missing" files. Simply click on them and they'll start to install.

So, for example, if you want to get all of the virtual session player drummers, start an instance of drummer. Then, as you start sorting through the drummers, if you see any that aren't installed, simply click and wait for the download to finish.

By the way, Drummer is perhaps my favorite of Garageband's advanced features. It makes it so easy to quickly add authentic feeling drums that evolve with your songs without having to understand music theory.

I literally use this great feature on almost every track I make. There is an incredible selection of session drummers suitable for nearly every different genre.

Is there a GarageBand pricing plan?

Are you joking? Have you been paying attention? There is no GarageBand pricing plan, because GarageBand is a free program.

Is there a Free Version of GarageBand?

If you're looking for Garageband's premium version, it's called Logic Pro X. I graduated to it several years ago, and heartily recommend it. It's just got even more power and flexibility that more experience audio engineers need to take their songs to the next level.

It should go without say8ing that Logic Pro is also only available for Apple Users. It largely adapts GarageBands interface layouts, and instruments, so the learning curve between the too is really simple.

The main difference between Logic Pro and GarageBand is simply the amount of precise control you have, the amount of included instruments and effects, and the ability to process everything. To me, Logic is nearly the perfect software for creating professional music while still feeling creative.

To learn more about Logic Pro, check out the home page.

But if you're still starting out, GarageBand is absolutely one of the best free daws. I actually think it is probably the best. The only down side with GarageBand, compared to other free options, is that you have to own an Apple product.

If you're looking for the best GarageBand Alternatives, be sure to check out this article on the best DAWs under $100. For example, you may want to consider something like FL Studio or Ableton Lite if you don't have access to a Mac.