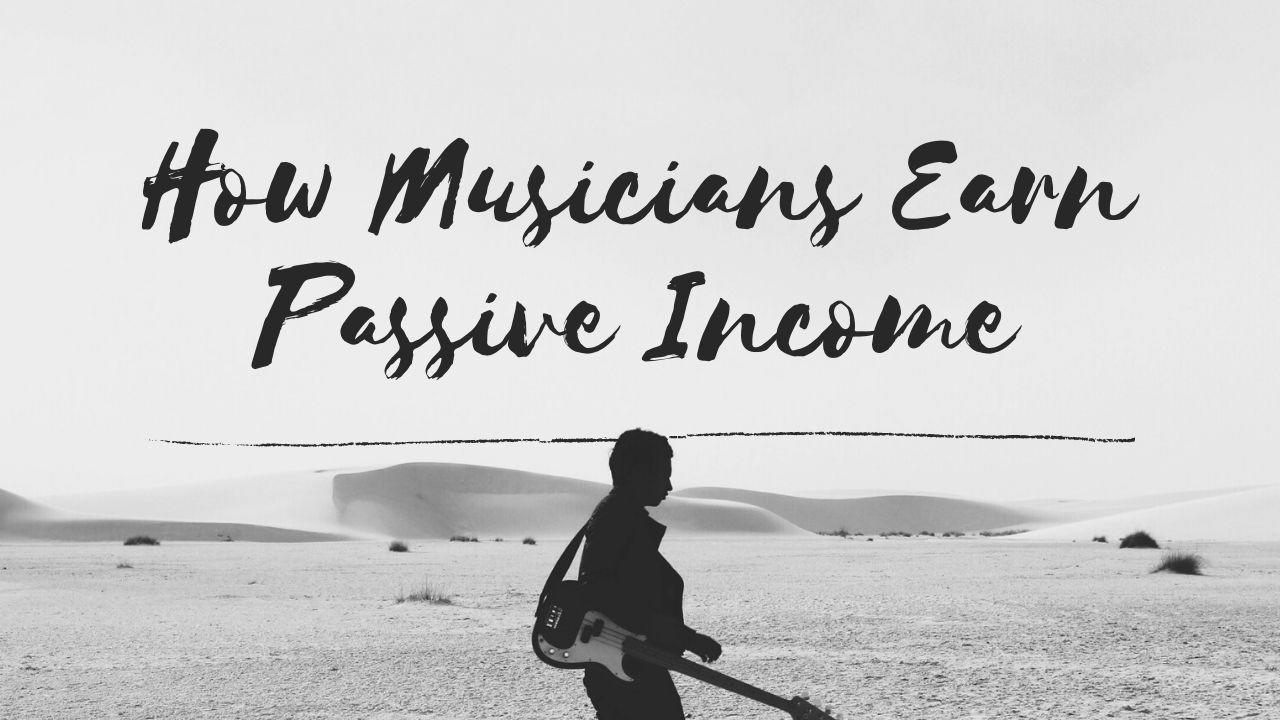 Ready to learn the secrets to how musicians earn passive income these days? Passive income used to be the cornerstone of the music biz.

When you think about the golden age of the music industry, musicians would earn passive income all the time. It's why Paul McCartney and Michael Jackson became billionaires.

And it can be summed up in one, simple, magic word: ROYALTIES.

Think about it earning passive income as a musician  like this:

Now, that's slightly simplified, but it's the basics. Keep reading to see how to get your piece of the pie.

Nonetheless, there are still good ways to earn passive income through your music. It just revolves around stock music licensing instead of selling music to fans (who you let stream the music for free).

These days, everyone online is talking about passive income. Most always it seems like some get rich quick scheme.

The fact is though, successfully licensing music is a time-honored profession that takes a lot of work. In fact, it's more like a proven "get a decent side hustle income slowly" scheme.

But once you put in the work, you can reap the rewards for 70 years or more.

Want to get started licensing your music? Check out this free five day course!

What is Passive Income?

Passive income means that you invest your time upfront creating value. In other words, you “work hard now to continue to reap the benefits later,” as Pat Flynn, the famed internet entrepreneur says.

In short, with passive income, you stop trading your time for money.

Here’s how passive income works for me. I went on vacation at the end of May. I didn’t record any new songs. Nonetheless, every few days – even when chilling on the beach in San Diego eating amazing burritos – I received an email saying that someone had licensed one of the songs from my back catalog.

It’s totally possible to earn passive income as a musician while sitting on the beach eating burritos.

Because I put in the hard work over the past year, I was able to continue to make sales & earn passive income even while visiting my family.

But I don’t want you to think that this was easy or overnight. I mean, I’ve spent thousands of hours practicing guitar, piano, and bass. I’ve probably spent another thousand hours writing songs and learning how to record & mix.

And that was all just for background. That’s the work I had to put in to get to the point where I can start to work easily as a stock music musician.

Then, any one song took me 15-20 hours to write and record. Most songs might never even get licensed!

Hint: one of the best ways to be successful is to cut down on the time it takes you to finish a track.

Sometimes, it takes a year to sell. Maybe more.

But don’t let that discourage you! Follow my simple road map and anyone with a modicum of talent can start licensing their songs.

This is not a get rich quick scheme. It’s just a new marketplace for selling a traditional service provided by the professional jingle writers of yore. Anyone with a home studio can learn how to earn money from music online through stock music licensing.

It makes sense that this is growing, though.

Back in the day, they didn’t need as much audio content.

In the 1970s there were four or five TV channels in the developed world and maybe a couple dozen radio stations. Today, there are hundreds of different TV channels in more than 100 countries, dozens of radio stations, digital radio, millions of Youtube creators, video games, and apps. And more and more I foresee a need for music for narrowcast streaming services like periscope and twitch.

Demand will keep up with supply.

Marketplaces like Pond 5 allow you to market a skillset you’ve honed over your lifetime.

Earning passive income from your music is just a way of transmuting years of discipline and craft into a marketable product.

10 years ago, the opportunity to earn passive income from music royalties was available only to established songwriters. But now the internet and cheap recording software/hardware have democratized the opportunities to create your music. 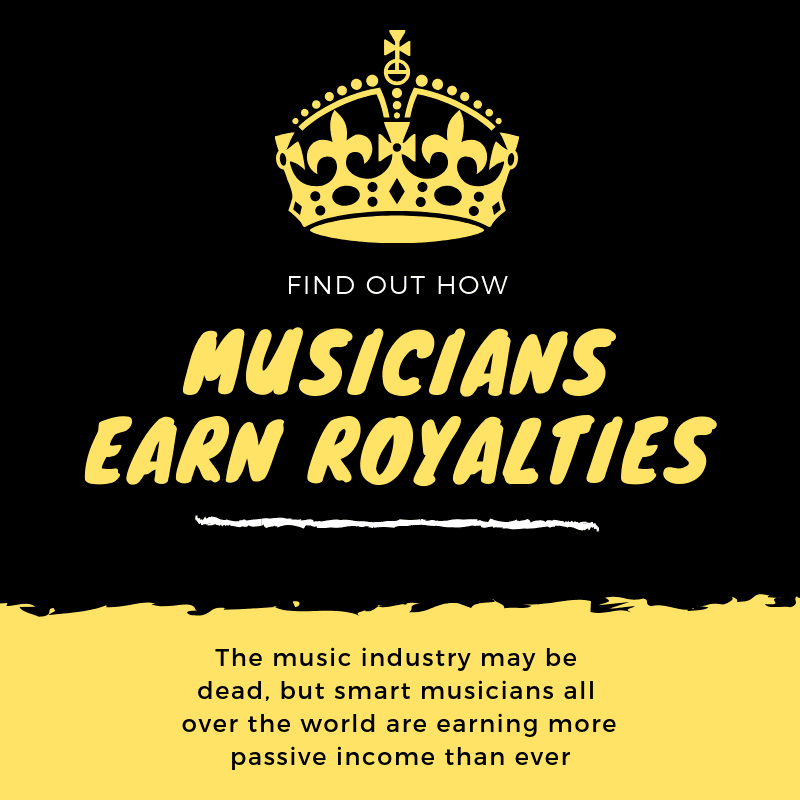 Hell, even 15 years ago, you would be lucky to spend $1,000 to record an EP, then hope some friends bought it at a gig. Now, with as little as $300 worth of recording equipment and a computer, you can record unlimited professional sounding songs.

You can put these up on the internet and distribute them to a vast market place of buyers.

You can get paid for doing something you love. Whether you use the passive income you earn from licensing your music for paying your bills or buying more gear, I think you’ll be amazed at what selling your music does for you.

The Future of Passive Income for Musicians

I sell my music online. Because of the way copyright works in the United States, I (and my children, and my children’s children) can earn money on my songs for my entire lifetime, plus 70 years! Thanks Congress!

But I think it’s safe to say that for at least the next 5 or 10 years, I will earn $1,000’s of dollars a year to license my music, even if I don’t record another song. It's not just a pipe dream - royalties and music licensing mean make passive income for musicians realistic.

And I have no intention of stopping.