Solved! How to Use VSTs in Reason! 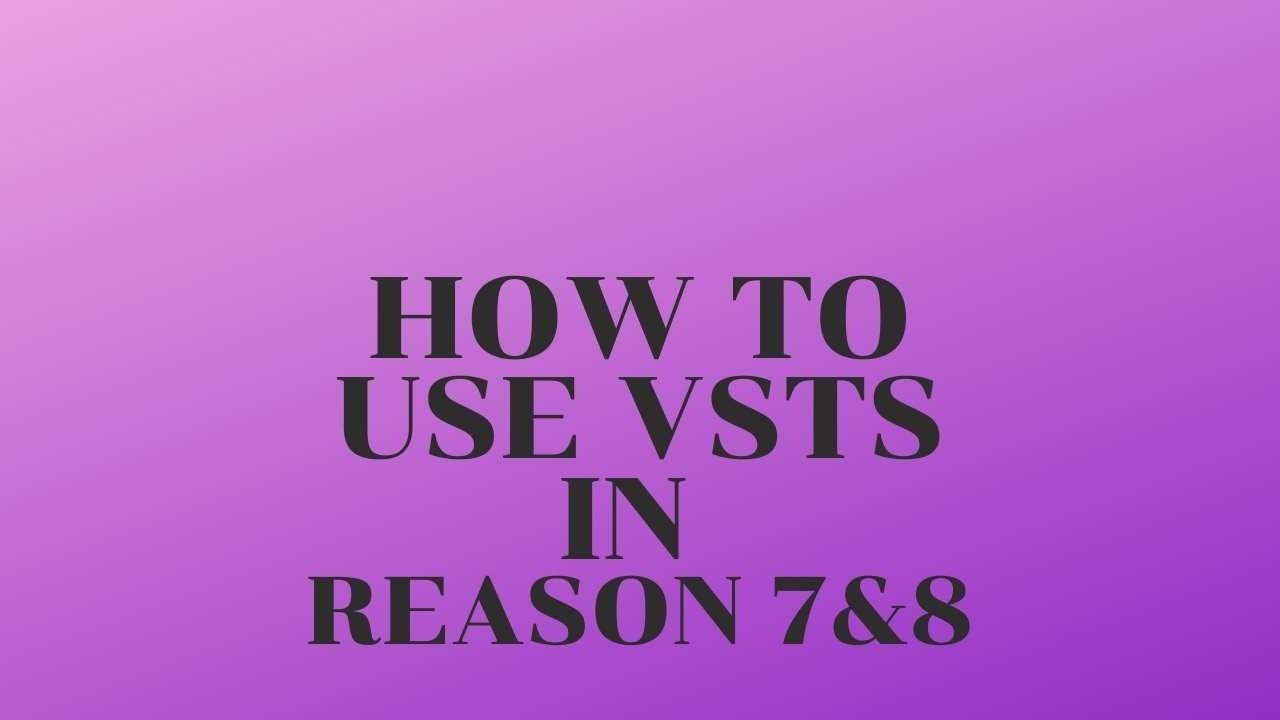 For more than 10 years, I didn’t know how to use VST Instruments in Reason. But I recently learned how to access my virtual instruments, and it’s amazing! The possibilities that open up by being able to have full access to Native Instruments Komplete

's killer synthesizers like Monark and Massive, through Reason are incredible.

I’d heard so many people say: You can’t use VSTs in Reason that I took it as a given. Note this post applies to versions of Reason 7 and 8, Reason 9 added VST support.

How to Use VSTs in Reason

My method of how to use VST Instruments in Reason should work in versions of Reason 7 and up.

While this guide for using virtual instruments in Reason sounds complicated, once you do it a few times, it can be done in less than a minute.

You should watch this video of how to use VST Instruments in Reason first, then follow the steps below, just to be sure.

First, you want to download a free program, Loop Midi on Windows or create a virtual port on a Mac. Loop Midi essentially creates a virtual patch cable between your audio programs.

Then you’ll want to hit the “+” button and add a channel. You can call it whatever you want, but let’s call it “Reason Send.”

The next step in how to use a VST instrument in Reason requires you to launch Reason. From there, you want to create a new instrument: the External Midi Instrument.

On the External Midi Instrument’s interface, select “Reason Send” from the red drop down menu in the middle.

Next, you will want to open up your virtual instrument program, like Kontakt. In the Kontakt player, you open the “Options” menu, and make sure that the midi input is set to “Reason Send.”

Now, select a virtual instrument in Kontakt. If you switch over to Reason, any midi you play/record, will now go out of Reason as Midi data  into Kontakt, where it will then go out your speakers as audio!

However, you still don’t have an actual way of recording the audio in Reason!

How to Record VSTs in Reason

So what you want to do is record your midi performance in Reason. Record yourself playing the notes, chords, etc and in Reason.

You need to be VERY careful with the next few steps, because it is easy to cause feedback and even blow out your speakers!

So turn the volume of your audio interface all the way down. However, you can use your headphones. Just keep the volume low to avoid blowing out your ears.

Mute EVERY track in Reason.

For example, if you have multiple outputs on your audio interface, with your monitors connected to outputs 1-2, you would connect outputs 3-4 to inputs 1-2 with cables. If you have outboard hardware, like eqs, compressors, etc, you can also insert them in the signal chain. This can add even more warmth and punch to the use of VST instruments in Reason.

Next, you’ll want to create and audio channel in Reason. Mute it. You want to select inputs 1-2 as the source (and put it in stereo, if you want).

Now, when you hit play, you should not hear anything. The midi is going to the virtual instrument, but because the volume on your audio interface is all the way down, nothing is coming out of your virtual instrument and into the audio input.

SLOWLY turn the volume of your audio interface up. You’ll see the levels of the new audio track you created in Reason slowly fill up. You do not need this to be very loud, because you can crank it up digitally with clip gain and trim once it’s in Reason.

The main point now is to avoid feedback. After doing this a few times, you’ll develop a good sense of the levels when recording VST instruments in Reason.

Now go to the beginning of your song, hit record, and Reason will record the output of the virtual instrument. When the song is finished, hit stop.

Mute the midi track. Unmute all your other tracks.

Voila, there you have it. The simple steps to follow for how to use VST instruments in Reason. Now that the virtual instrument is recorded, you can delete the midi track, if you’d like!