Understanding The Difference Between Samplers and Synths 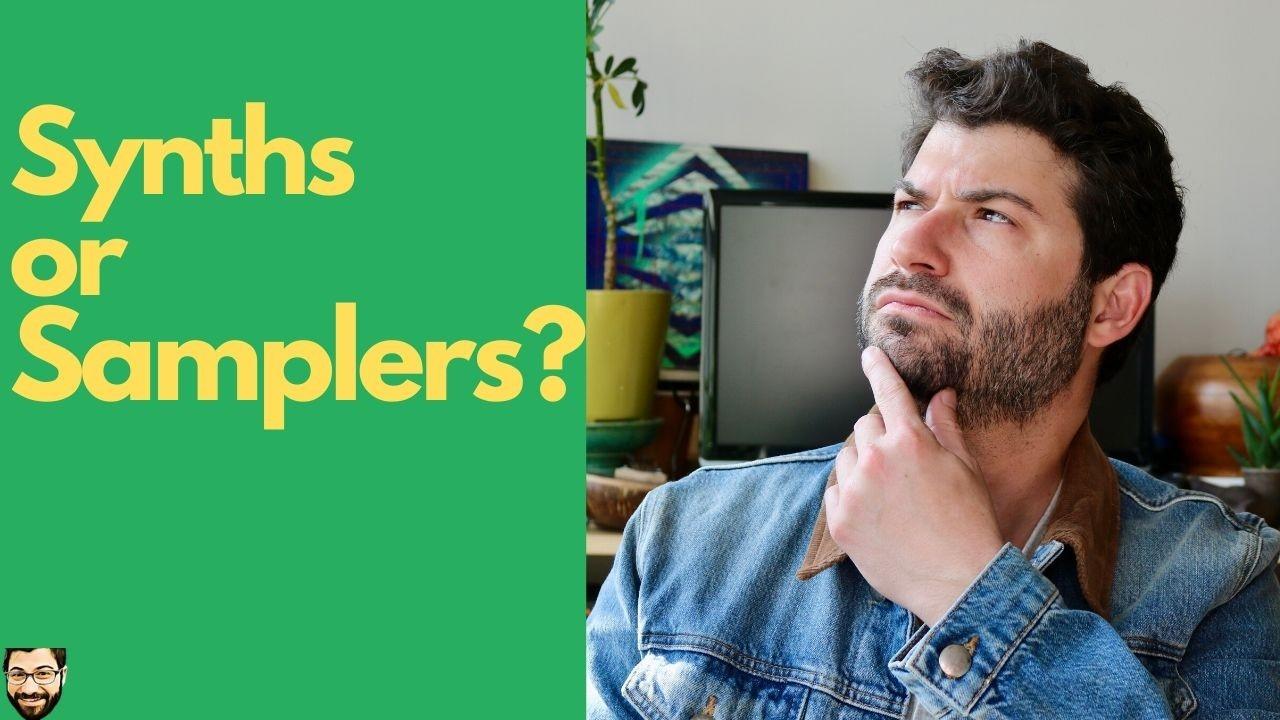 What's the difference between samplers and synthesizers? If you're looking to make incredible music, you need to pick the right tool for the job. If you grab a synth instead of a sampler, you could be in for a cacophony of ugly sounds. This guide will quickly walk you through the major differences between the two, but if you want to go in-depth, and hear examples of the difference, be sure to watch the video below.

What is a Synthesizer?

At its most basic, a synthesizer generates its own waveform from an oscillator, and manipulates that waveform through filtering, amplitude envelopes, noise, modulation, and a host of other processing.

Sometimes these can be emulations of real analog synths, like D-16's Lush-101. But some synthesizers emulate real instruments. For example some of the best piano VSTs and Rhodes Piano plugins are synthesizers.

Even more exciting, synths allow you to sculpt unique sounds from thin air. Because they’re sound is being generated in real time, slight tweaks to your synth can have huge impacts. Moreover, most people think that a synth sounds more lively (especially analog synths), because it can evolve over time.

What is a sampler?

In contrast, a sampler relies on a pre-recorded piece of sound, which it then manipulates. For example, you could take a recording (or sample) of a piano playing middle “C” lightly. A basic sampler could play that recording back, and would use volume and pitch adjustments to play a different note, for example a low D played forte, or loudly.

Of course samplers can be much more complex. You could record every single key of a piano, played at multiple volumes and lengths, and map it so that the piano sounded incredibly natural. For example, Spitfire Studio Brass is a meticulously sampled library of various articulations, velocities, and microphones.

And you can do more than just sample pianos, obviously. Everything from synthesizers to drums to entire songs can be sampled.

But because samplers depend on an external sound, what you playback only sounds as good as what you put in. This is my favorite site to buy samples (affiliate link). You can also find some great sites for free samples and loops. Or you could make your own samples with resampling!

Samplers tend to allow you to apply filtering, modulation and a bunch of other processing as well.

Once you learn creative techniques like how to chop samples, you can turn little bits of music into towering creations with your own unique sound. One of the most affordable tools for getting samples is through subscription services like Loopcloud, Splice, Sounds, and Arcade.

The Difference Between Samplers and Synths

Generally, samplers are the much better choice when you're trying to re-create real world acoustic instruments, because they're directly based on recordings! Whether it's brass, piano, or an upright bass, using a sampler to create your tones is the way to go. Same with drums!

When it comes to dance music, progressive rock, and certain types of jazz and hip hop, though, synthesizers are the way to go. Synths allow you to create unique, sounds to fit into every situation. The only downside is that synthetic sounds sometimes to mix well with organic sounds.

So when you're trying to figure out whether you should choose a synth or a sampler, you need to think not just about what you want the sound to feel like individually, but how you want it to mesh with the other instruments in the mix. Generally, a lone synthesizer among many samples would feel out of place. But the most important thing is to keep experimenting!