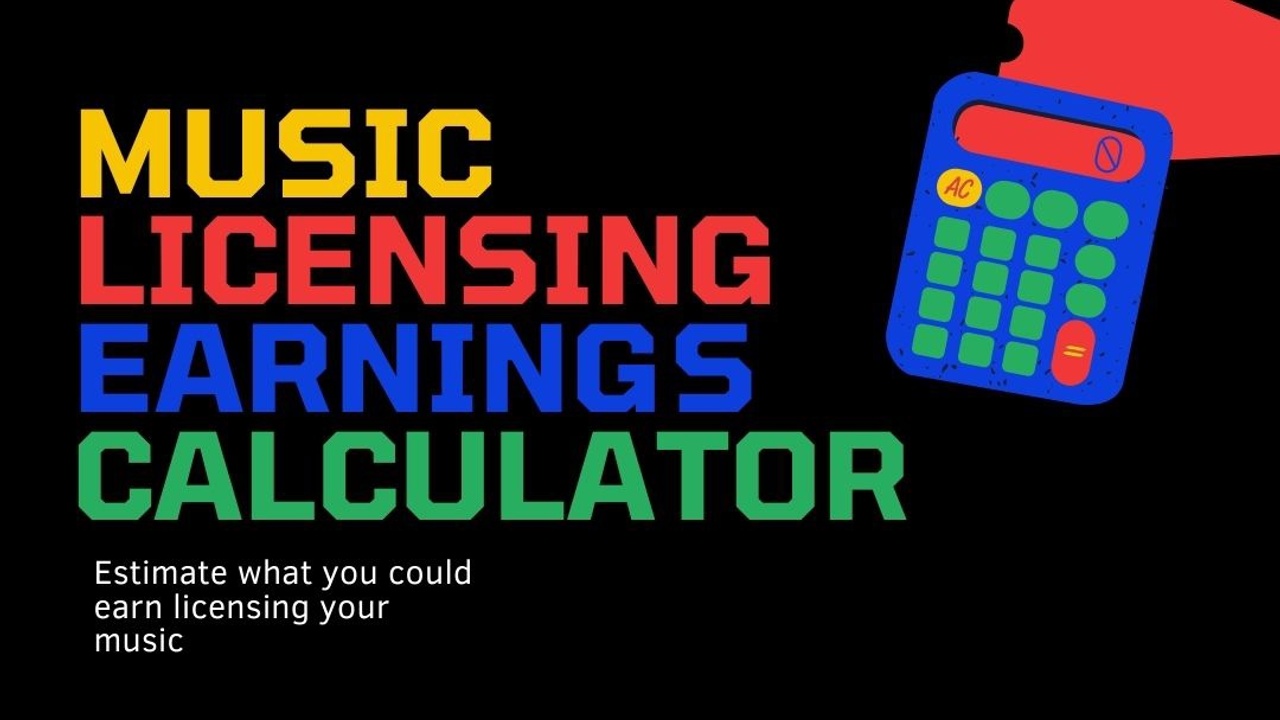 After the calculator, I provide a lot more detail about each of the calculations. But one thing I want to note is these estimates are based on what would be possible in music licensing after a couple of years, because many of these payments (like performance royalties) may take over a year to to be paid. It also assumes you are constantly creating and uploading music.

Disclaimer: the amounts described below are estimates based on my own experience licensing music, and may not be typical or representative of your results. This is not a guarantee that you will earn this much, or earn anything at all.

How to Use the Music Licensing Side Hustle Calculator

I've pre-filled the calculator with numbers that are pretty reasonable after a few years in the licensing business. At least based on my experience. Feel free to change any of the numbers, and the total will automatically update!

As you can see, it's totally possible to be making thousands of dollars a year licensing your music. We'll dig into these amounts in more detail below, but check out this article if you're looking for more info on how to license your music.

This amount estimates how many licenses per month you'll sell on sites like Pond 5 and AudioJungle (click here for a list of best music libraries accepting submissions). The number of tracks you license every month depends on a lot of factors, from seasonal variety to the quality of your music. You'll also need a solid keyword strategy to make sure that buyers can find your music, so be sure to check out the free music licensing crash course to learn how to tag your tracks.

The number of songs you've uploaded may be the biggest factor in determining your sales, though. So write and upload frequently! I have a couple hundred tracks, plus edits, uploaded, and probably average a little over 10 sales a month.

The earnings per song licensed is going to depend on a lot of factors, from the price the song was sold at to the portion of the license fee a library shares with you (35%-50%). Sometimes libraries also sell your songs at a discount, with that percent also coming out of your end.

While I make about $10 upfront for most of the licenses I sell, a couple  times a month people may purchase premium licenses that allow them to use the song more extensively (and usually results in me earning around $50 per license), so I've increased the assume average.

You can see some of my music licensing earnings reports here. 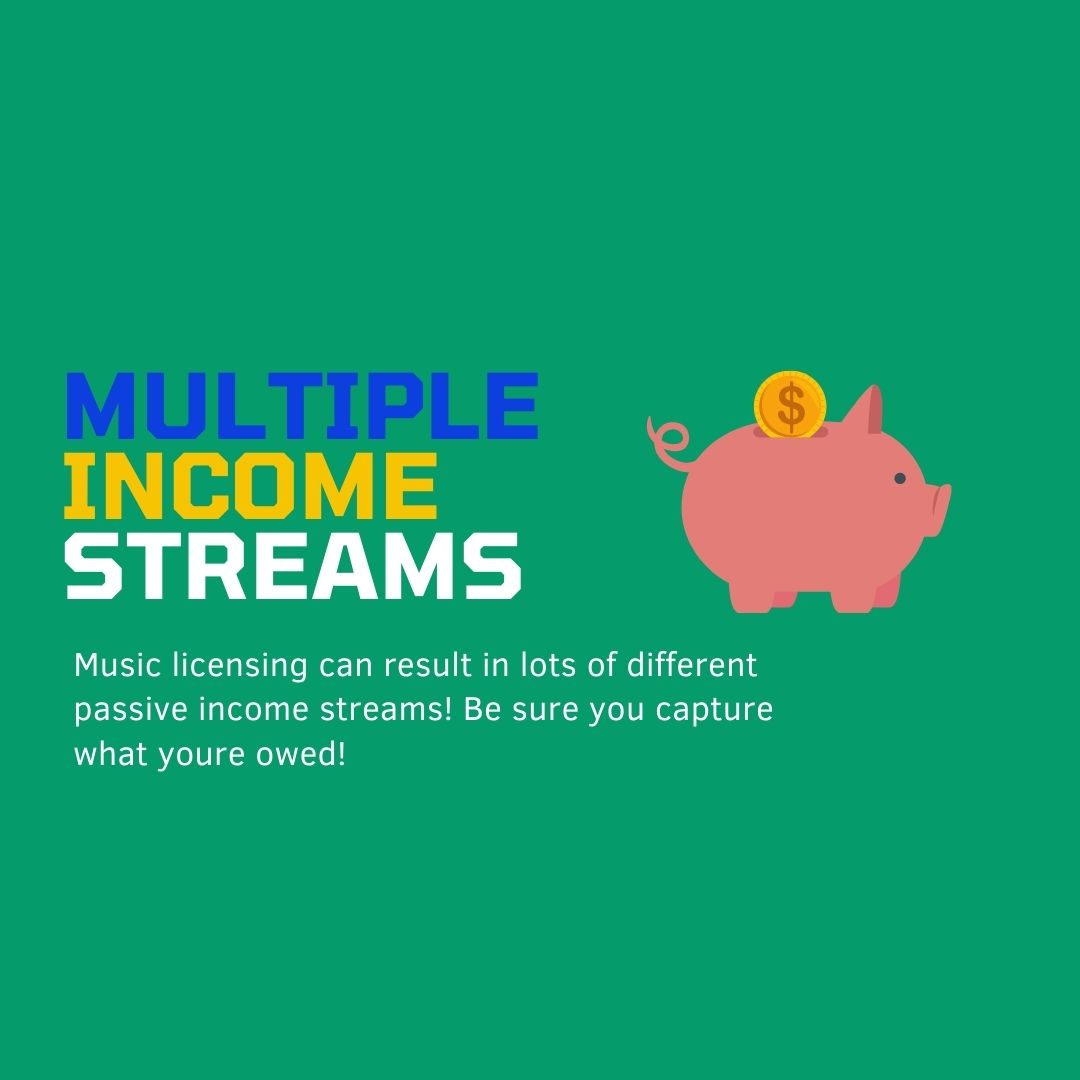 I also earn money every month from having my songs played in stores and restaurants around the world. These overhead streaming sales are a really consistent form of income for me. While most of my music licensing revenue comes from instrumental tracks, most of my overhead radio streaming is from songs with vocals.

At the moment, most stock music libraries don't offer the option to place your music inshore. But some do, like AudioSparx. Here's my full review of licensing your music on AudioSparx.

AudioSparx also allows you the opportunity to have your music included in various compilation albums distributed on streaming platforms. These albums are put together by folks that are expert at promoting music, and have led to over a hundred thousand streams for me. See how much I earned as an artist on Spotify for one quarterly payment.

Over time, more and more of my music has been placed on TV, film, and streaming services. Every time your music gets broadcast in one of these media, you may be eligible to receive a royalty payment if you're registered with a performing rights organization.

This money is paid quarterly, and takes a longggggg time to reach. And a few years to start building up. While some quarter, I've only earned pennies, other quarters I've earned nearly $2,000 from music performance royalties. These placements, and their success, is based on a lot of blind luck, but luck favors those producers that are consistently upload good music.

The last input for this music licensing earnings calculator is buyout fees. These are the amounts that exclusive libraries pay songwriters in exchange for the right to exclusively represent the artist. For me, I've received anywhere from $50-$300 a song, and have placed nearly 20 songs in exclusive libraries over the years.

As you improve as a songwriter and producer, you'll have more and more opportunities to submit your music to these libraries and also receive buyout fees.

There you have it! The breakdown of the world's first calculator for estimating how much money you can earn by licensing your music. Let me know if you think the amounts are realistic for producers with a few years experience and growing portfolios. Please also let me know if I've failed to include any other forms of music licensing income!