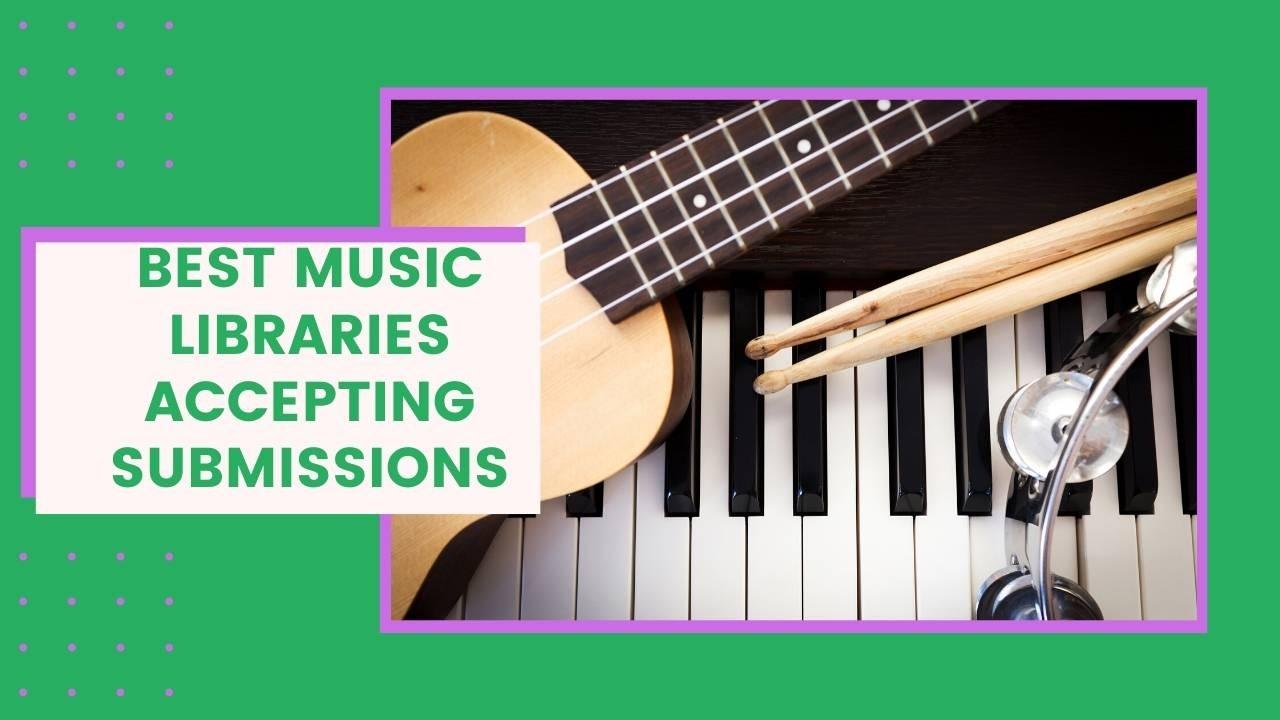 Here are the four best music libraries currently accepting submissions by composers and producers. I’ve been licensing my music for the past five years, and this information is directly based on my experience earning thousands of dollars through licensing on these sites.

To get the most out of your music library submissions and start earning money from your music by signing up for this free 5 day music licensing challenge! Then you can start submitting your music to these sites, which are the best production music libraries for new musicians.

I’ve found music licensing to be one of the best ways to earn passive income as a musician. I was able to earn over $10,000 in less than four years through my music licensing side hustle. And most of that money came through submitting my music to these four libraries.

There are lots of lists of libraries with music submission opportunities, but most of these aren’t based on personal experience. They're just a list someone put together with some Googling. Some aren't even accepting new submissions. But don't worry - these are all sites I have personal experience with, and production music library submissions are welcome by them!

I’ve uploaded my music to a lot of sync licensing companies, and most of them don’t result in any sales at all. They just waste my time. That’s why I wanted to make this list of the best music libraries accepting submissions - so you can stop wasting your time submitting to bad libraries and spend more time making music!

These sync licensing companies have gotten my songs placed on TV, Netflix, and an award-winning indie short. So if you’re looking to for legit music libraries, you’ve come to the right place. And please check out this beginner’s guide on how to license your music if you need some extra help! 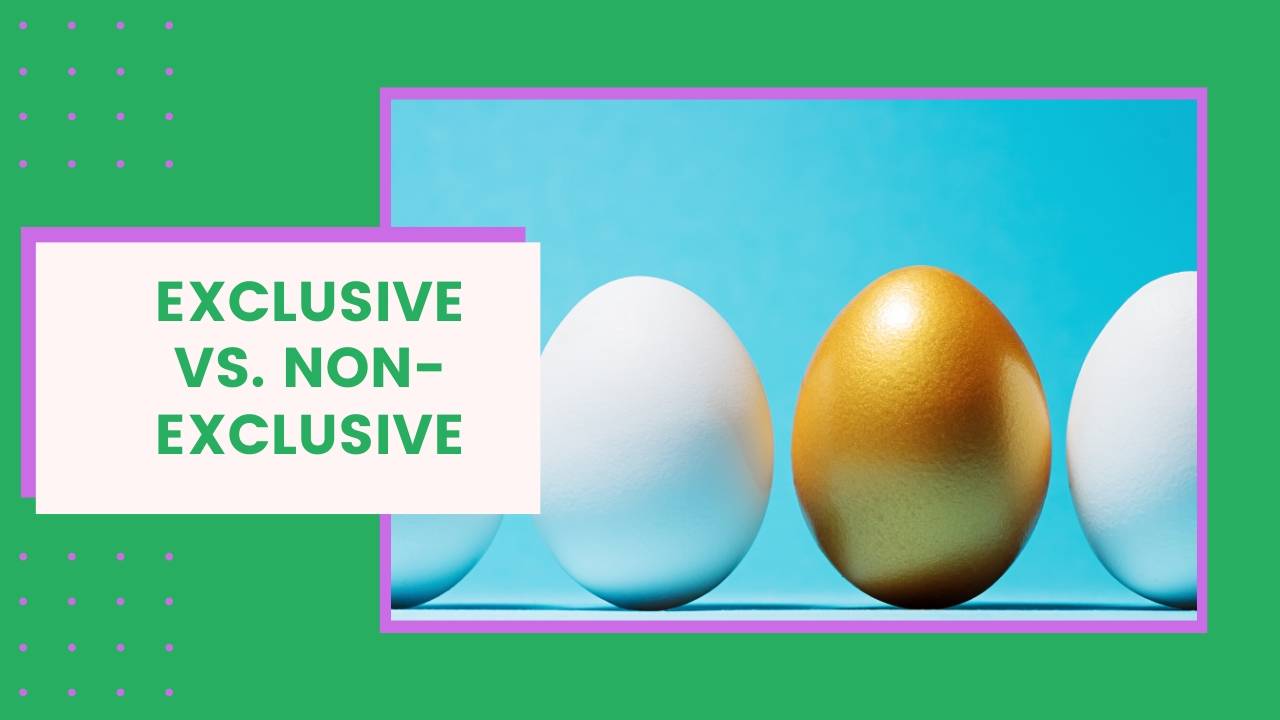 Before we get into the list of the best libraries for new composers, I want to explain the difference between exclusive and non-exclusive music libraries.

When you sign up with an exclusive music library, it means that they have the exclusive right to sell your song. With some libraries you’re free to back out after a certain amount of time, but some libraries want exclusive representation forever. So you need to be careful before you sign up for an exclusive library. Not only could you lock your music up, the library might not even be very good! At the same time, exclusive licensing could lead to higher royalty payouts and even upfront cash payments.

With a non-exclusive library, in contrast, you can upload the song to multiple different music libraries for sync licensing. So you could have the same song on Pond 5 and AudioJungle for example. It’s a good way to avoid having all your eggs in one basket, and it’s what a recommend for beginners.

In fact, all of the libraries listed below currently accepting submissions are non-exclusive libraries, so it is possible to upload your songs to several of them and earn sync fees from all your sales!

How Do these Music Licensing Companies Pay You?

None of the libraries below offer upfront fees for music licensing. Instead, they pay you whenever a license to use your song is purchased. They keep a portion of the fee (50-60%) and forward the rest to you.

If your song is “publicly performed” and you’re registered with a PRO like BMI or ASCAP, you’ll also get paid broadcast royalties. This allows you to earn thousands of extra dollars from the songs that you submit to libraries. Most the libraries below require you to administer your own publishing (but it also means you get to get the Publisher’s 50% share of royalties)!

Like I mentioned, none of these libraries are going to pay upfront fees upon accepting your songs into their libraries. This is usually something reserved for exclusive libraries. But unlike many exclusive libraries, these are all music licensing companies accepting submissions right now, so you don't have to waste time doing additional research!

One other note - while sync licensing is the core of each of these music libraries, some of them offer additional features as well. Songtradr, for example, will submit your songs for playback overhead in stores. Then every time your song is played, you get earn a very, very small royalty. But it can add up!

AudioSparx allows you to opt your songs into compilation albums that are put on services like Spotify. These compilation companies have huge followings, and your songs can get major plays. I’ve had my songs played over 100,000 times on Spotify - but I bet my earnings will surprise you even more. For all the reasons described below, I think that these are the best music libraries to submit to if you're new at this.

Note that some of these links are referral links, meaning I get a commission if you purchase anything from the sites - I don’t not get a referral for recommending that you sign up as an artist. 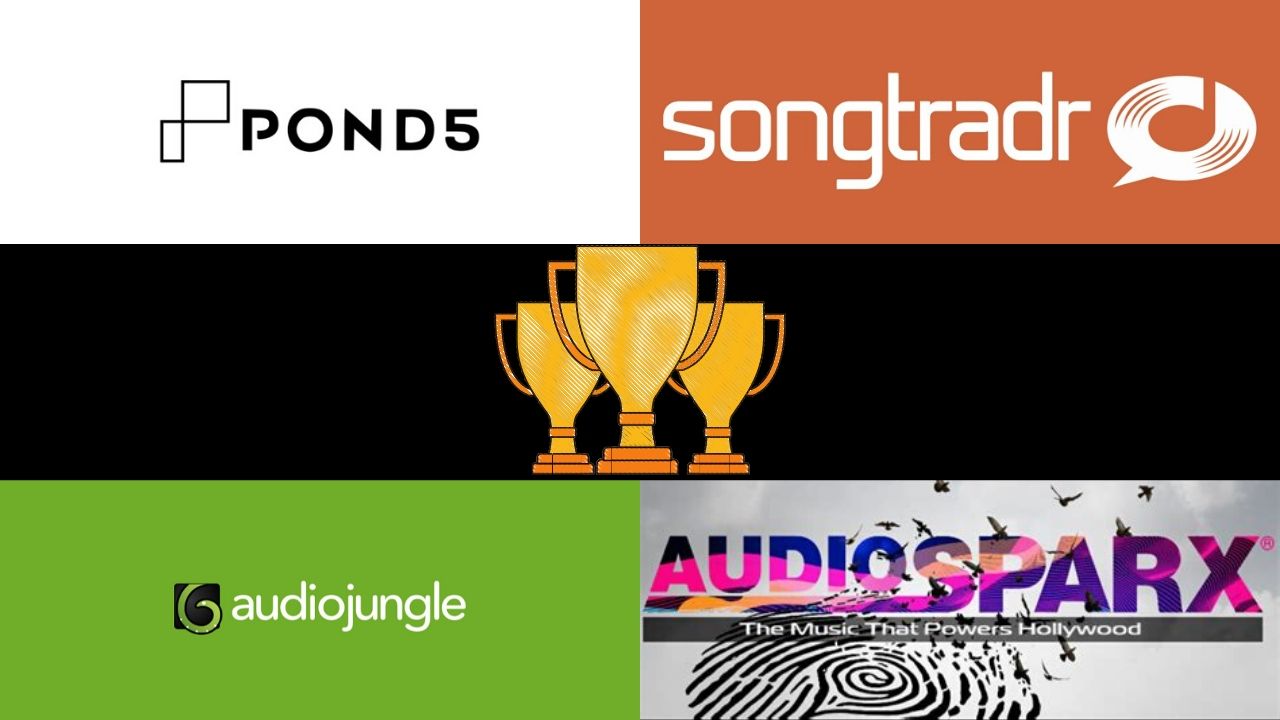 Pond 5 is my all time favorite music library for music licensing beginners. It has a very active marketplace, reasonable review standards, and a straightforward interface. While it’s not a full-featured as some of the other sites, it is where I’ve earned the bulk of my money through music licensing. You can read a more in-depth review about licensing music through Pond 5 here.

AudioSparx has been a decent earner for me as well. It has really high priced sync licenses, so I haven’t made nearly as many sales with that as I would have liked. But what I really appreciate about it is that it is much more full featured and includes a diversity of extra revenue streams for producers. In addition to compilation albums (mentioned above), there are also in-store playback opportunities, ringtone licensing and more.

I also like that AudioSparx does a good job of curating its content. The interface looks dated, but once you get over the learning curve, it’s actually the most efficient music library for upload music. They do a good job of screening musicians, and the upload and review process is totally seamless.

Two things to note about AudioSparx: If you do low priced sales on other sites, AudioSparx doesn’t allow you to post the songs on its site. Additionally, submitting songs to AudioSparx, while non-exclusive, is also in perpetuity. Meaning that you can change your mind and the songs down later and submit them to an exclusive library.

AudioJungle is a very active music licensing marketplace, with lots of buyers and sellers. Which is appealing, obviously! However, the review process for getting your songs accepted is tyrannical, inconsistent, and illogical, and you’ll waste a lot of time trying to get songs approved. Moreover, the hoops you have to jump through to upload your song are legion. You can read more about licensing music on AudioJungle here on this review. A lot of folks have had great success licensing on AudioJungle.

SongTradr is another site where I’ve seen most of my success through overhead in-store licensing. SongTradr is different from a lot of the other stock music companies out there, because they allow you to directly submit tracks for specific opportunities. For example, they might have an opportunity for a pop song to be used in a TV show. If you had a suitable song, you could submit it. That said, SongTradr also has a really cool feature - big name clients are directly searching for music to be placed on their adverts. They’re often willing to pay thousands of dollars upfront if you’re selected. Unfortunately, I’ve never been selected, but I have made the final list a few times. Just one of these licenses would probably be enough to make it all worth it.

There you have it, those are my favorite non-exclusive music libraries accepting submissions. Do you have any that you prefer? If so, why?

I’ll also note that I didn’t include any music libraries that use a subscription plan, because think that the subscription plan business model exploits musicians by not providing proper compensation for the work. 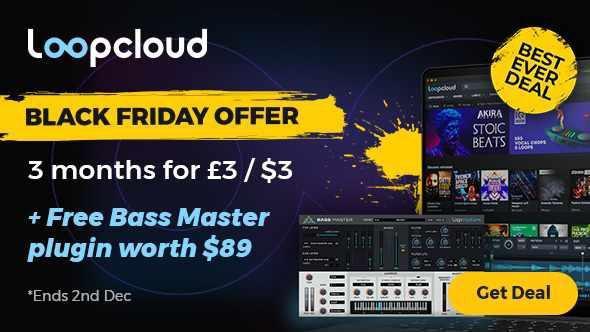 Earn Money From Your Music

Learn how to license your first song in just five days with this free mini course.

Learn how to Earn!
Close