How to Use Compression in Reason 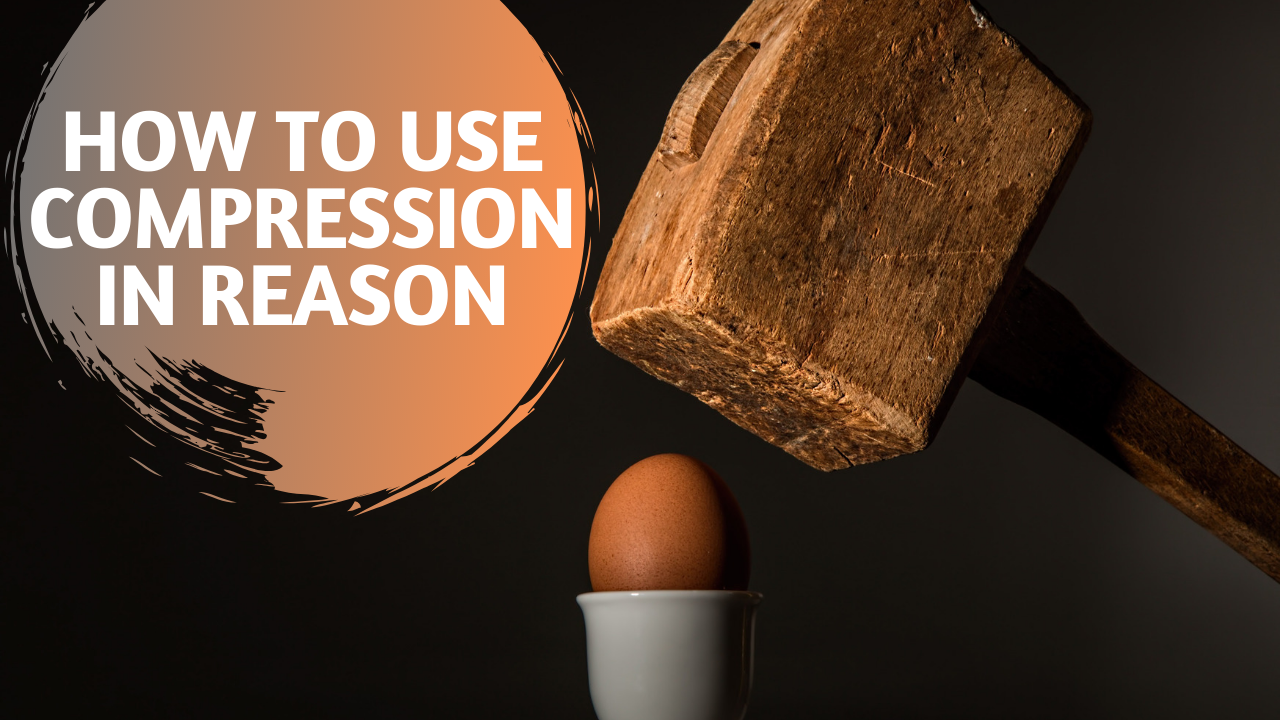 Propellerhead’s Reason is loaded with different compressors. But knowing which one to use, when, can be a bit tricky. And learning how to use a compressor is also hard. That’s why I’m here to show you about how to get the most out of each compressor to make your mixes sound great.

Also, check out this article if you're looking to understand more about how to use compression in general.

This is a great all around compressor with a straightforward design. It’s got a pretty fast attack (which is variable) with the ability to dial in a long release, plus the ability to select soft-knee compression. It also allows you to apply makeup gain.

This is the most surgical of the compressors in Reason, and is the one you should reach for if you really need to sculpt the envelope of a sound. The variable attack allows you to either clamp down on a signal hard or let most of the attack through.

For smoother, more subtle effect, you can also enable the soft knee knob which will make the initial onset of the compressor less pronounced. Finally, it ability to adapt the release can help the compressor pump in time to the song more musically.

Not only is this a great surgical compressor, it’s also the number one tool in Reason for using side chain compression. Simply flip the rack over and insert a side chain key.

You’re off to the races!

Every channel in Reason runs through the mixer, and every mixer channel includes a built in compressor (under the Dynamics section). While the Reason’s mixer compressor doesn’t allow as much control (you can’t dial in the attack speed, chose a soft kneed, or adapt the release), it sounds nice and gets the job done.

This is the compressor you want when you just need to tame the peaks a little bit. It’s a workhorse that shouldn’t be ignored when compression you tracks. It’s not particularly musical or precise, but that’s often not needed if you’re just looking for a couple of dB of compression

The grandad of Reason compressors! I use this on almost every song to really glue the mix together. The most important thing to note about this compressor is that EVERY channel flows through it, so a little bit goes a long way.

Here’s how I use the mix bus compressor in Reason 99% of the time: set the ratio to 2, the attack to 30, and the release to Auto. From there, I dial in the threshold until it’s doing 2-3 dB of gain reduction on the peaks. Then I adjust the make up gain to compensate, usually setting it at 2-3dB.

Now You Know How to Compress in Reason

There you go, you’ve learned how to get started using compression in Reason. With these tips, you’ll always be able to grab the right compressor for the job in Reason, and dial it in just so.

There are a couple of other compressors in Reason as well, but they are much more specialized. Start out learning how to use these compressors, and once you feel comfortable with them, then you can start exploring!

Reason's stock compressors are pretty decent, but if you're looking to craft your mixes with even more control, add new layers of warmth and punch, then you may want to consider a few upgrades. That's why we've put together our review of the best compressor plugins available.