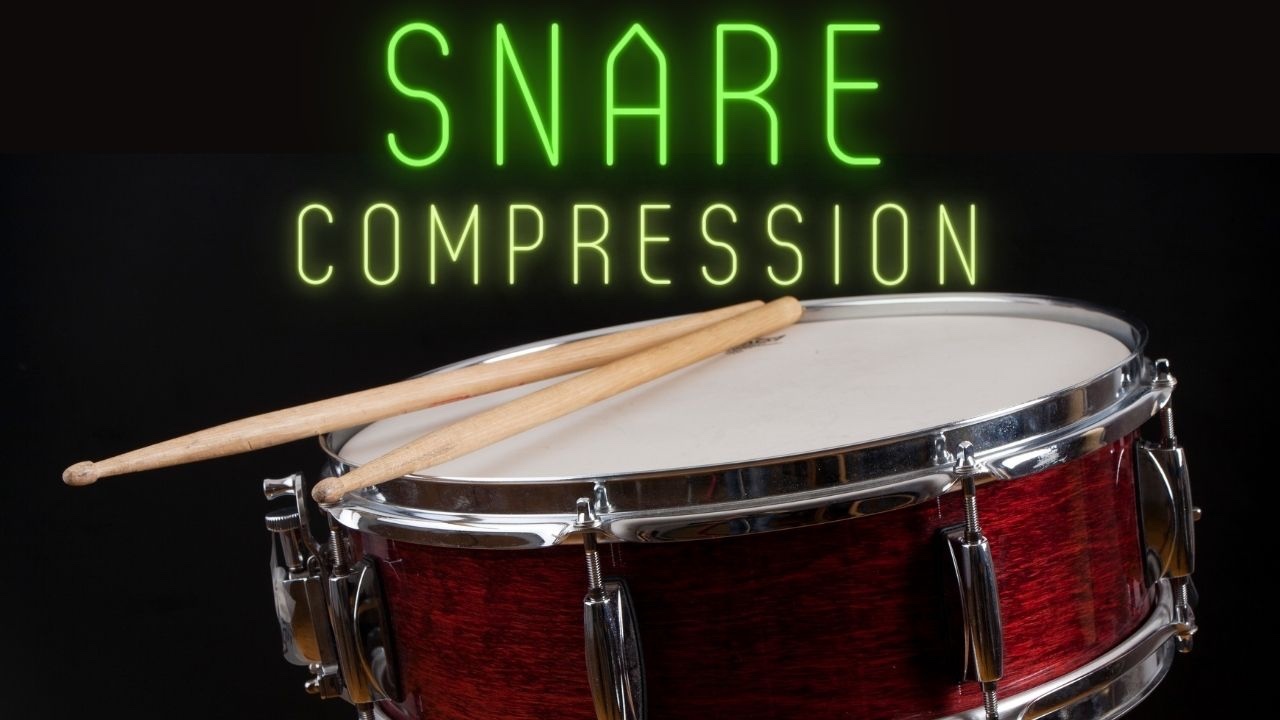 The snare drum is one of the foundational parts of just about any mix. A weak snare can make your mix sound amateur, which can ruin your track. The question is,

How in the world do these producers and mix engineers get those modern, polished-sounding snares in their drum mixes?

Well, while a great snare drum sound starts at the source, there are tools that you can use to enhance your snare drum once it’s in the box. One of the most important tools for mixing a snare drum is compression.

In this article, we'll cover:

Come dive in as we explore how to use compression on snare drums to achieve the snare sound you’ve been after.

If You're Curious (or just in a hurry):
✅ This is the best compressor plugin available today

Should You Compress Snare Drum?

Before you compress your snare drum, ask yourself why you need to compress it.

If you’re dealing with a fat, punchy snare sample, it’s most likely already compressed. Trying to compress it even further will probably just ruin the sound.

Of course, if you’re dealing with a snare drum that needs a bit more punch or sustain, compression can be extremely helpful. Compression can also be a wonderful tool if you need to level out one snare hit to the next. The last thing you want is for that one snare hit that the drummer flubbed on in the hard-hitting chorus to distract the listener.

How Do You Compress a Snare Drum?

On the other hand, if you’re mixing a jazz record and you’re dealing with a soft, roomy snare, you might only want to compress it a few dB to keep any peaks from popping out.

Of course, the two most important things to consider when compressing a snare are the attack and release settings.

Like I said before, the way you set your compressor will depend on the style of the song.

However, most commonly, engineers use slow attack and fast release settings when compressing snares, as the slow attack allows the snare’s transient to cut through. All the while, the release maintains the natural decay of your snare. With these attack and release settings, you can take a slight bit of edge off the snare’s transient while maintaining its punch and energy.

If you pair that slow attack with a slow release, however, you can still allow the transient energy to poke through while controlling and attenuating the snare’s decay.

Remember to consider the song style. A funk or hip-hop track might need an ultra-tight snare, while a massive rock ballad might call for a snare that fills out a stadium.

To get a punchy snare sound with compression, you want to use a fairly slow attack with a fast release. Remember, you want the transient of the snare to pop through. If the attack is too fast, it will clamp down on the transient and attenuate the punch.

Slowly turn the attack faster until your snare begins to sound dull. Once you get to this point, dial it back just slightly to keep it sounding crisp. Now, begin adjusting the release time so that the needle bounces back and forth with the timing of the track.

In terms of ratio, we recommend going with 3:1 or 5:1, which will help maintain punch.

For a fat snare drum, you’re going to start with the same settings that you use for your punchy snare drum. Keep the attack pretty slow (somewhere between 20-30ms will do). For the ratio, start with a 5:1 setting.

The main focus when trying to obtain a fat snare drum sound is the release. For starters, set your release anywhere from 80-125ms. If your snare doesn’t sound long enough for your taste, you can lengthen the release.

If you have a compressor with a knee setting, use a softer knee. A soft knee will allow the compressor to base its compression on how hard the snare drum hits.

The CompFET 76 is Arturia’s emulation of the famous Universal Audio 1176 compressor, which is known for its ultra-fast attack and release settings, as well as its colorful, saturated FET sound. If you’re looking for a compressor that can make your snare pop, this is it.

The CompFET 76 has attack times down to 20 microseconds, which is why it acts as such a great peak leveler. If you need to even out the dynamics of a drum performance, it can do the job better than many other compressors.

Whether you need to add brightness, presence, or tame transients, you can craft unforgettable drum sounds with the CompFET 76.

How to Compress Hip Hop Snares

Most heavyweight hip hop producers use ratios from 4:1 to 7:1 when compressing their drums. Depending on the sound of the snare, compression settings can range from 10dB and up. The amount of snare compression you’ll need will depend on the sample.

If you’re crafting an old-school hip-hop track with acoustic drum loop samples, you’ll need much heavier compression to keep the drums hitting hard. Of course, if you’re using a single modern trap snare drum sample, you may not need to compress it at all.

How to Compress EDM Snares

While EDM snares vary widely, let’s talk a bit about classic, hard-hitting, festival-style EDM snares. These snares are MASSIVE, often filling up the entire spectrum of the mix. To get a great EDM snare sound that hits hard, you need to leave the attack slow enough to allow the transient to come through and lengthen the release so that the sustain of the snare increases.

How to Compress Rock Snares

When compressing a rock snare, the goal should be to keep it even throughout the entire performance, all while maintaining the necessary punch and sustain. While attack and release settings will vary based on tempo and style, you can typically start with a fast attack and slow release.

Ratios of 2:1 or 4:1 are great for rock, though we don’t recommend compressing your snare more with more than 6dBs of compression. If you need more punch, we recommend using parallel compression instead, which will maintain the raw dynamics of the sound while blending in that punchy, squashed sound to give you added punch.