How to Use Parallel Compression in Reason 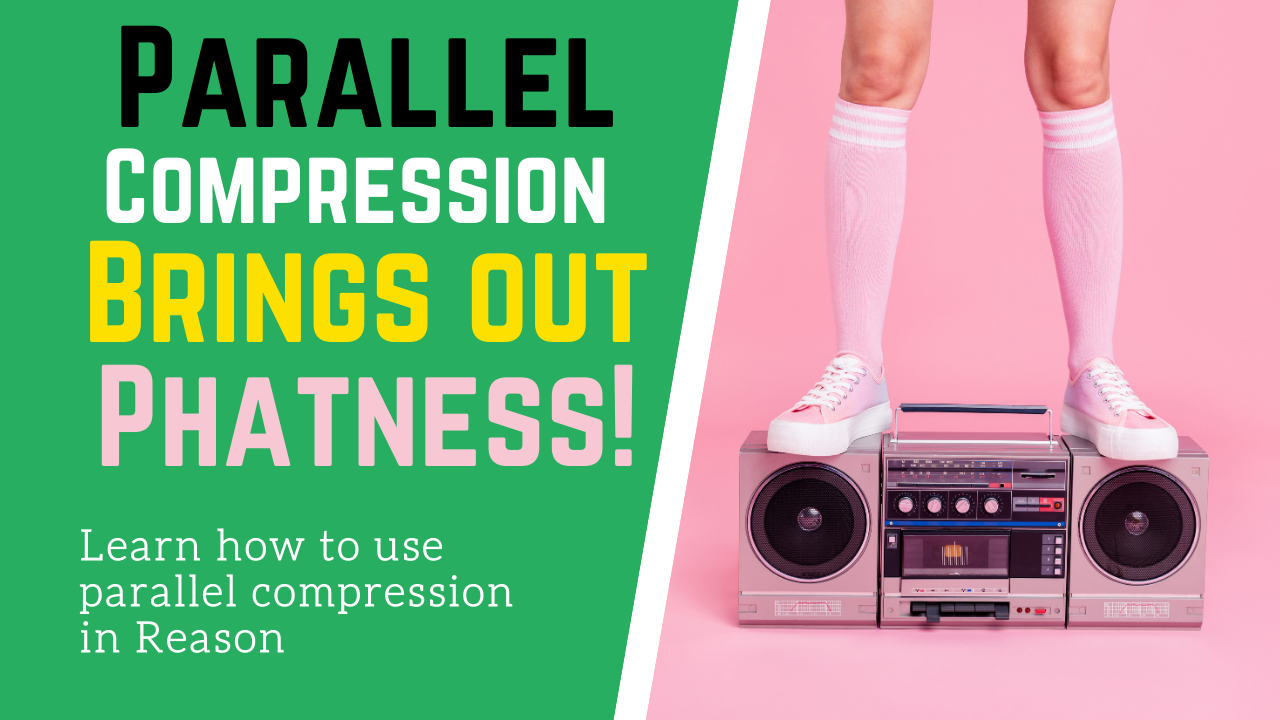 To make the most out of this, I'd highly recommend you watch this video so you can hear exactly what parallel compression sounds like and follow the exact steps.

What is Parallel Compression?

At its heart, parallel compression lets you use the best of both worlds. The percussive, explosiveness of unprocessed drums, for example, combined with the fat controlled sound of heavily compressed drums.

Simple, you create a copy of the unprocessed sound and compress it to hell!  Basically, you listen to what your original sound is missing, and create that sound using compression on the parallel copy.

The point isn't to make the parallel copy sound good on its own, though. It's to make a beefy sound that compliments the original. In fact, if you were to solo the parallel channel, it would sound awful. But by mixing it in behind the original, you get all the control of compression with none of the lost transients.

It's like when you see a font with a shadow behind it to help it stand out.

Other Types of Parallel Processing 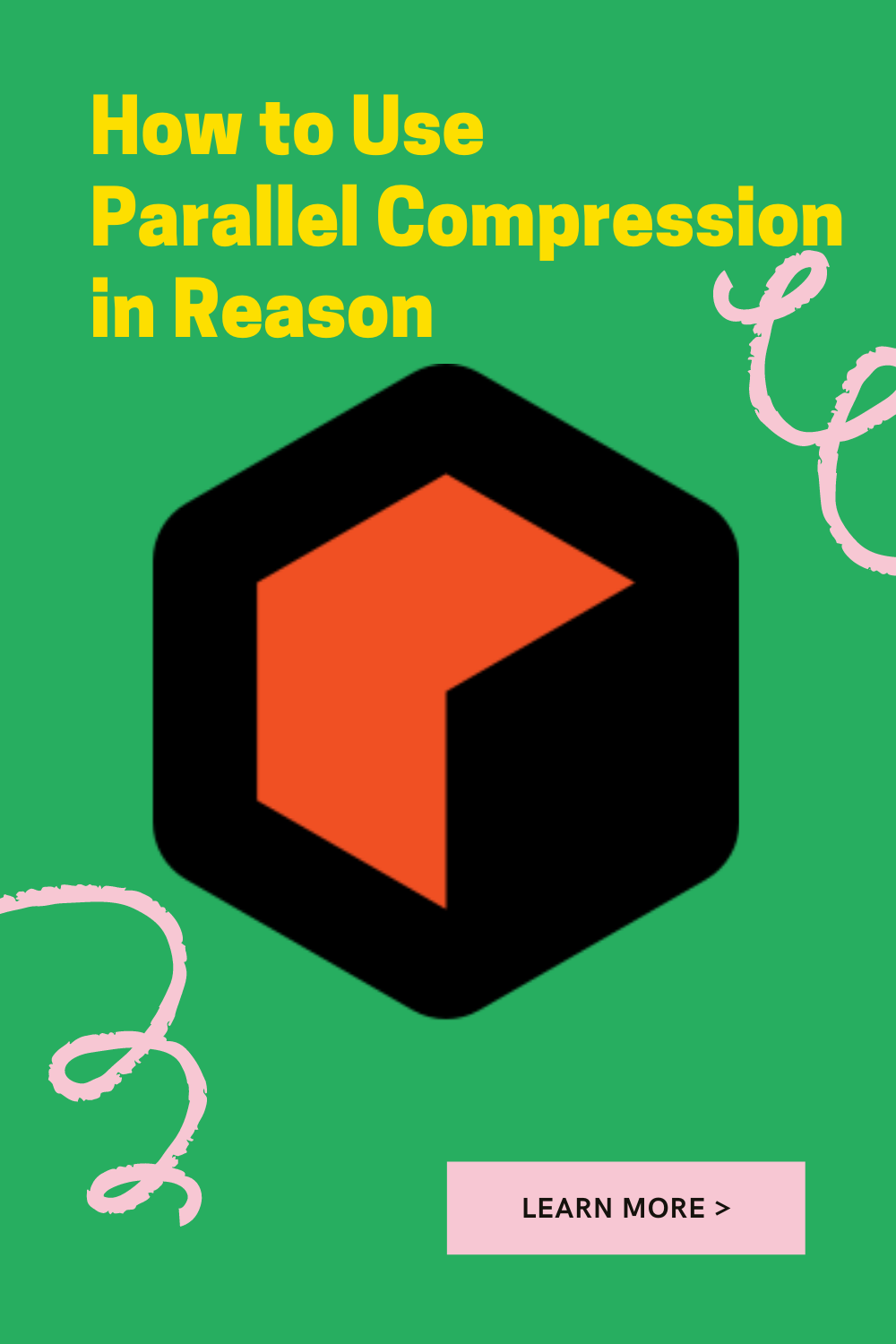 Reason makes it super simple to setup up parallel processing. I mean super simple. Simple go to the mixer view, right click on any mixer channel, and select "Create Parallel Channel" from the menu.

Then insert any compressor on that new channel, and dial in your sound. Don't be afraid to be super aggressive with hyper fast attack times and high ratios!

Then you can create parallel copies of the parallel if you want even more processing power.

Finally, I recommend that you buss all the parallel channel to a sub-buss, along with the original sound, so that you can control the overall level of the instrument with one fader.

Simply select all the parallel channels (and the original) by holding shift, then right click to create a new output bus for them. I also like to right click to color code them all the same.

If you want to quickly get this workflow up and running for you, I've created a free Reason 11 mixing template that you can download here. It has a bunch of parallel processing already baked in, so you get to focus on your creativity instead of your right clicking skills.

When it comes to adding parallel compression to drums in Reason, I like to start with an mClass compressor. I'll dial in the ratio to 10:1, set the attack time as fast as possible, then adjust the threshold until I'm doing about 10dB of gain reduction.

From there all play around with the release so that it doesn't sound like it's pumping too much. I'm usually just looking to make it sound like an un-dynamic wall of sound. Then I'll use the fader to adjust the level and mix in a tasteful amount.

I also frequently will use low levels of parallel distortion (thanks Scream!) or signal processing (through some of the settings on Audiomatic) on different parallel channels, and blend to taste.

Then you can get even more creative.

For example, if you really wanted to make the chorus pop, you could bring up the level of the parallel distortion channel so it sounded aggressive. Then on the verse, you could turn up the volume of the Audiomatic for a touch of lo-fi vibe.

Adding parallel compression to bass and other instruments in Reason

Of course, you're not limited to using parallel compression just on drums! Bass is another great instrument to try these techniques on.

As with everything in music, though, there's no correct way to do things. If it sounds good, it is good. So mess around using parallel processing on EVERYTHING!

Even the whole mix. Often I'll create a parallel compressed version of the whole mix (maybe excluding drums) and blend in a touch just to add a little extra beef to my sound.

And Reason makes this super easy to achieve.

Closing Thoughts on How to Use Parallel Compression in Reason

I fully endorse you learning how to use parallel compression in Reason. Hopefully this article has given you some ideas about where to start and shown you how simple it is to start adding this seemingly advanced technique to your sound.

You can take your tone even further with various vintage compressor emulations, like the 1176 and the Distressor. These plugins will add next-level richness and punch and harmonics to your parallel compression. Here's a roundup of the best compression plugins.

And the video goes even further in giving you some examples of my mixing thought process and how I use layering to thicken things up.

But if anything was unclear, just leave a comment below. Likewise, if you've got some cool uses for parallel processing in Reason, please share them in the comments! I'm always looking to improve.

And don't forget, if you want to quickly get this workflow up and running for you, I've created a free Reason 11 mixing template that you can download here. It has a bunch of parallel processing already baked in, so you get to focus on your creativity instead of your right clicking skills.